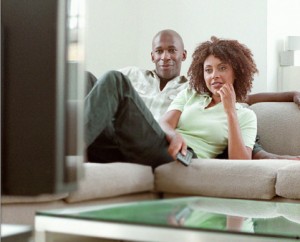 This post is part of the Earth Day Blog Carnival hosted by Child of the Nature Isle and Monkey Butt Junction. Each participant has shared their practices and insights of earth friendly, environmentally conscious, eco-living. This carnival is our way to share positive information and inspiration that can create healing for our planet. Please read to the end of this post to find a list of links to the other carnival participants. Happy Earth Day!

It’s amazing how the simplest of things can change the world.

Mark Boyle, aka the moneyless man, had his life changed by watching the film ‘Ghandi’.

If a film can touch people’s hearts and emotions and make them truly care for characters in a story then this can activate the part of the human soul that knows its connection with others, animals, plants and the Universe. This in itself is enough to bring about change.

For Earth Day then, I wanted to share eight of the Environmental films which have inspired me to take action. It could be a small action such as changing your brand of coffee, or it might be something bigger such as assessing your life for value and meaning and making significant lifestyle changes as a consequence of those realisations. Other films might make you feel angry or sad and infuse you with the energy to lobby political leaders or corporations.

End of the Line

End of the line made me rethink some of my food habits. It’s an eye opener into the real world of fishing and shows how greed and lies are raping our oceans. The answers are simple and this film shows how all we need is political Will to implement these changes. As a consumer you’ll find helpful information about which fish to eat and which to avoid along with tips on how to ask restaurants and shops for information so you can make informed choices.

Dirty oil tells the story of tar sands in Canada and how their practises are affecting the health of tribes living downstream. People who once lived off the land are having their livelihoods changed forever because the food and water is contaminated and species used for hunting are becoming extinct. What you learn at the end of the film are inspiring and startling facts about how the amount of energy we could source from the sun and the earth could end our dependency on fossil fuels for ever.[amazon-product align=”right” small=”1″]B00366E1AK[/amazon-product]

It would appear diamonds are not a girls best friend after all. After seeing this film I decided not to have an engagement ring because I didn’t want blood on my hands. And I vowed never again to be lured by something that glitters in a jewellers window. My wedding ring was consequently sourced from a local craftsman who still hand-mines small amounts of gold from Wales. There was no blowing up the land, child labour, cyanide or other toxic chemicals used. Because all of that happens in order for people in the West to declare their love for others with diamonds and gold.

Interestingly, this film really moved me, even though I don’t drink coffee. Although coffee was the chosen topic and the focus was on growers in Ethiopia, I realised that this film could have been talking about any number of farmers in the Developing world. It shows how we use and abuse people in the Western World and showed me how I can make more positive choices in the future. Thanks to this film my eyes were really opened to the importance of supporting Fairtrade products. Although I ‘knew’; it intellectually, I felt it in my heart after seeing this.

Who Killed the Electric Car

Here’s a film that made me sad, then angry, then RAGING! I was furious when I finished watching this film at the sheer greed and fear which runs the world; fear and greed which stops us from making positive change. I won’t spoil the story for you, but do watch this film. If you’re anything like me, you’ll be sure to cry at the wastefulness you witness.

[amazon-product small=”1″]B002XGHXLS[/amazon-product]This film touched me deeply. Although it was a bit too much of a far-fetched action film for me, the message is startlingly clear: when the end is nigh we realise the most important things to us – and it’s not the car, house, or diamond ring. When characters in the film thought the world was ending, they called their long lost loved ones, made amends, said ‘I love you’, held one another, asked for forgiveness and ensured their loved ones are safe. If you feel the need for meaning but aren’t sure how to achieve it, this is the film to catapult you into finding answers.

This film was my ‘Celestine Prophecy’ of environmental films. In other words it was the first one I watched and at the time I watched it, it completely woke me up. Presented by Al Gore, this compelling film looks at the effects of global warming and what we can do to stop it. It delivers some harsh and frightening facts, but serves as a wake up call to humanity to move from apathy towards action in order to secure a better future.

This film was astounding. I learned SO much about one of our most precious resources. It’s not water, it’s not air, it’s not oil, it’s DIRT – yep, that brown stuff we walk on every day. Dirt! The Movie is fast-paced, insightful, educational and delivers humour alongside its serious message. Basically if we continue to treat dirt in this way, it might find another use for humans – as compost for future life forms.If you want to be inspired about getting your fingers in the soil and loving Mother Nature’s skin, this is the film for you.

What about you – has there been a film that has inspired you to take action?

Please take time to read the submissions by the other carnival participants:

(This list will be live and updated on April 22 with all the carnival links.)

Our Greatest Teacher – Amanda at Let’s Take the Metro shares her experiences with her children and nature, their greatest teacher.

Dreaming of Spring Gardening – Erin of the Waterloons talks about the ultimate in local food, her backyard garden.

Earth Conscious Minimalism – Nada at miniMOMist thinks minimalism can help you save the world — as long as you don’t just toss everything in the trash! Check out Her list of places to donate (bet you haven’t thought of them all!).

Blessings to the Earth – Amy at Anktangle believes that a simple act, such as being intentionally grateful for our food, is just the catalyst we need to bring about large-scale change.

Eight Movies to Inspire Change – Mrs Green at Little Green Blog shares her top 8 movies that have inspired her to take action to make the world a better place. She’d love to hear your suggestions to add to her viewing list!

Can I Have a Green Period Too? Kelly at Becoming Crunchy shares the environmental impact of switching to sustainable menstrual products, along with offering a great Mama Cloth giveaway for anyone interested in making the switch (and for those who already have and want to increase their stash!).

An Eden to Call Our Own – Lucy at Dreaming Aloud shares how learning to care for the Earth starts in her own garden.

Elimination Communication – Melissa at the New Mommy Files discusses the environmental impact of diapering, and why elimination communication was the best choice for her family.

The Living Earth: A Meditation in Science and Reverence – Seonaid at The Practical Dilettante asks you to pause to wonder at the blessing of the fact that our living planet is here at all.

Earth Day Resolutions – Charise at I Thought I Knew Mama shares why she has decided to make Earth Day resolutions, what those resolutions are, and how they are a step up from her current efforts at green living.

Is it time for you to say “Enough!”? Mrs Green at My Zero Waste asks you to rise up and say ‘Enough!’ on Earth Day.

Homeschooling with the Earth – Terri at Child of the Nature Isle shares her desires and dreams for Earth-based learning and the ways her two young children have already started a natural curriculum.

Beyond the Green Sheen – Jenn at Monkey Butt Junction offers some advice on how to avoid greenwashing and make purchasing choices that really have a positive impact.