Will air quality laws still be enforced post-Brexit and what can schools do to protect children?

June 22, 2018 | Mrs Green | Comments Off on Will air quality laws still be enforced post-Brexit and what can schools do to protect children? | Green parenting 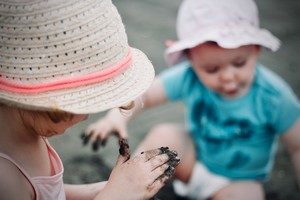 The Royal Colleges of Physicians and of Paediatrics and Child Health estimated that air pollution is linked to up to 40,000 premature deaths in the UK each year.

Children are especially vulnerable to air pollution as they breathe faster than adults and their lungs are still growing. Prams and buggies can also position babies and young children at the same height as vehicle exhausts.

The Royal Colleges of Physicians and of Paediatrics and Child Health findings are shocking and clearly emphasise the need for the government to prioritise environmental reform. Schools and local authorities have been asked to come together to meet health and safety legislation and protect children against air pollution.

However, DeSmog UK has raised concerns that under-funded and over stretched local authorities don’t feel equipped to deal with air pollution. It is felt that rather than pass the buck onto the local authorities, the government needs to take more responsibility.

Will the government really take that responsibility? Following the Brexit result in 2017, there has been a large amount of discussion and concern over environmental policy when the UK eventually goes it alone. On one hand you have an alliance of environmental groups – among many others – who are concerned that environmental protections will simply not be as strong post-Brexit, then on the other you have the government’s continuing reassurance that not only will they let standards slip – but this is an opportunity to improve.

One thing is for sure – there is no certainty – this is unexplored territory and environmental experts are not convinced by the government’s rhetoric. Greener UK represents 13 environmental groups including:

They are all concerned that the government will not cooperate with the European Union post-Brexit,  believing they will have a  ‘lack of willpower to ensure high standards across the UK’. Not only this but there is a concern that the UK on its own will just not have the collective power behind it to force companies – for example, within the motor industry – to adhere to climate change and air quality policy.

On a more positive note, a new Clean Air Act for the UK post-Brexit could create an opportunity for the UK to take a world lead on air quality legislation without the need for additional EU consultation, taking a bespoke approach.

Preceding the Brexit decision, the government had begun to tackle air pollution by launching the UK Air Quality Plan. The government also released a plan to ban the sale of all petrol and diesel cars by 2040 to combat air pollution on the UK’s overly congested roads.

However, the green community are apprehensive as to what will happen without EU environmental guidance post-Brexit when 80-90% of UK environmental legislation comes from the EU. For example the Air Quality Standards Regulation, the National Ceilings Emissions Directive and the Ambient Air Quality Directive have forged the UK’s environmental policy.

This leaves many questioning how to replace the role of the EU plays in monitoring and enforcing the UK’s legal requirements for tackling air quality. How will the UK government be held to account?

The UK will still be impacted by neighbouring Europe so cooperation will still be needed. If the government keeps their membership of the European Environment Agency they can continue to work together with the EU on conventions and programmes such as the UNECE Convention on Long Range Transboundary Air Pollution.

Campaigners are saying that the Department for Environment and Rural Affairs (DEFRA) has to take over areas that were the EU’s responsibility, but it is facing a lack of resourcing. DEFRA has been given an extra £94.4m for managing Brexit, but at the same time it is facing budget reductions of £147m by 2019.

So whatever political turmoil is going on post-Brexit, what can schools do to continue to protect children?

Let’s hope the statute-backed environmental watchdog that Michael Gove plans to deliver post-Brexit will indeed be ‘world-leading’ and that the rhetoric comes into fruition.

Schools can encourage children to talk to their parents about air pollution and write to their MP with their concerns.

Ultimately, it is vital for there to be more clarity and certainty in the UK strategy on air quality post-Brexit – our air quality needs action from the top. However, we all have a part to play – it is also how we make lifestyle changes now and how we raise our children – the future politicians – that will help determine the air quality of the future.