How has your day been? 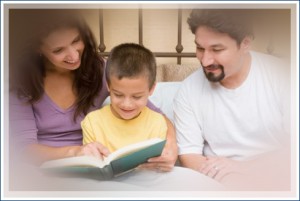 This month’s theme for the Carnival of Natural Parenting is “Role model” We’ve been asked how our style of natural parenting has inspired someone else.

I found this hard to write because it can sound as if you’re being arrogant. But it is wonderful when you see a friend have a lightbulb moment because of something you mention in passing or something they see you do.

One such occasion occurred recently when talking to a friend about her son. Her son is going through a challenging time right now with anger issues, emotional outbursts and things escalated when he tried to run away from school. That must have been very scary for her and him to go through and she was looking for support.

When I asked what he had said about the situation afterwards, I was told he had said nothing. When I probed further I found out it was because they hadn’t discussed it! My friend has 4 other children, works full time and has a hectic lifestyle. She is a single mother, so her time is limited and busy. Her way of coping is to pretend things haven’t happened and not to discuss them, but this was clearly getting her down.[amazon-product align=”right” small=”1″]1853407054[/amazon-product]

I gently pointed out that behaviour like this (hitting, screaming, tantrums at the age of 10) showed that her son had something unresolved going on inside; some kind of issue that was troubling him and needed talking about. The idea of talking scared her. She’s not a talker, not one to share her feelings, not one to go to ‘uncomfortable’ places. I suggested that sometimes all kids need is a good listening to.

This simple statement stopped her in her tracks.

She asked how she might go about talking to him. I mean, how do you do that after 10 years when her son has never been used to being listened to or encouraged to voice his feelings?

It was then that I shared something we do at home. Every night before sleep, Mr Green, Little Miss Green and I share the worst part and the best part of our day. It’s important you do them this way around so that you end on a high. The great thing about this is that if we’ve angered one another, frustrated each other or endured something challenging we’re able to finish the day by apologising to one another AND little Miss Green is able to see that even as grown ups we have fears, things that annoy us or troubles we need to find a creative solution to.

[amazon-product small=”1″]1577310799[/amazon-product]My friend loved this idea. It takes away all feeling of confrontation and the whole family can join in so the focus is not on just one person.

Three weeks later she called to say that this was working brilliantly. Her son was extremely wary at first and wouldn’t join in, but now he has built up trust, seen that his Mum struggles with things too and really looks forward to this part of the day when he can be heard. It is dissolving his fears and anger and he now feels that someone is listening to him

Such a simple and tiny tool that helped.

If you want to step it up, I recommend a talking stick. This is great when you have a family issue you need to discuss and you need people to listen rather than spend the time you are talking to figure out what they want to say!

As a family you can have fun making your own and decorating it. It doesn’t even have to be a stick – you could use a large feather, a shell or any other object; it’s simply a symbolic gesture and because it’s visual is great for when members of your ‘tribe’ are young. They can visibly see when it is someone’s turn to speak!

What about you – how have you inspired someone to parent?

Visit Code Name: Mama and Hobo Mama to find out how you can participate in the next Carnival of Natural Parenting!

Please take time to read the submissions by the other carnival participants: