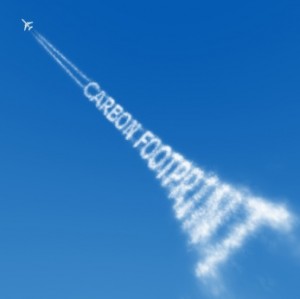 I decided to get up to date with my current carbon footprint. After all, knowledge is power!

We’ve been doing quite a lot of work around the house this year in order to reduce our carbon footprint and I wanted to see how we were doing and what else we could do.

I decided to compare 5 different online carbon footprint calculators to see what the results were like. The five I selected are suggested on the National Carbon Footprint Day website.

Resurgence magazine was the one I wanted to love because I am such a fan of their publication, but just couldn’t get on with it. It claims to be the most user-friendly and accurate on line carbon calculator. It was pretty simple to use but I found it lacking a certain something.

It doesn’t break down any figures, although you can see them being updated as you enter your own numbers and it doesn’t tell you how you can improve your carbon footprint to reduce it further.

I would call it ‘geeky’

I found the Act on CO2 carbon calculator straight forward to use and easy to understand. The results were very helpful with an outlined plan of actions I could take to further reduce my carbon footprint.

According to Act on CO2 my carbon footprint is 4.91 tonnes:
0.56 for heating and lighting
2.71 for electrical appliances
1.64 for travel.

I like this carbon footprint calculator – you can have lots of eye candy with their flash version, but if you have a slow internet connection there is an HTML version.
This calculator can run very slowly however, so you’ll need to be patient.

When I tried to use the Google carbon footprint calculator it wasn’t working, so I couldn’t try it. It states that it uses the Act on CO2 statistics, so it may well have been a similar result to the Act on one anyway. I’ll try it again at another time and see if it is working.

National Energy Foundation gets a huge thumbs down from me! It was very difficult to understand and did not have an option for wood heating. I put in coal because that was the nearest and I ended up with a 15.3 tonne footprint!

I was invited then to make ‘pledges’ to reduce my carbon footprint and found that many of them I was doing already. Instead of having room to declare these in the questions themselves I had to pledge to do them which seemed a bit pointless. The carbon calculator told me if I carried out these pledges I could reduce my household footprint by 59% and my travel footprint by 29% – that wasn’t very helpful information!

To find the figures I had to go through to another screen – there I saw that by carrying out my pledges (which I have already done) my total carbon footprint was 6.5 tonnes.
However there was still no option to list wood as a source of heating fuel.

World Wildlife Fund is extremely simple to use. For a ball park figure if you have 3 minutes to spare you can get an idea of where you stand. The questions are easy to understand and the programme whizzes through without you having to hit the ‘next’ key.

According to WWF my carbon footprint is 7.35 tonnes and I’m told that we would need 1.88 planets if I continue to live the way I do. That’s a nice visual way to understand more about what the carbon footprint is and why it’s important for us all to reduce it.

Once you know what your carbon footprint is you can join up with other people to share tips on how we can all get our footprint down to 1 planet. By stating that I already had done, or would do some of their suggestions I could see my footprint coming down t0 needing 1.22 planets to sustain my current lifestyle.

It’s not easy being green! Confusing and conflicting information is enough to put anybody off. I don’t know what the answer is, but having a difference between 7.35 and 4.91 tonnes depending on which carbon footprint calculator I use is not very helpful. Which one do I believe? Which one is the most accurate? As a consumer how do I know the difference?

It’s good to get an idea of where you are at, but not at the expense of confusing yourself further.

I would suggest for a quick, rough idea, use the WWF one. There is a great community you can join and it’s fun to whizz through your pledges and actions and see those number of planets needed falling as you agree to do things!

If you have a little more time and information to hand, such as your utility bills, then try the Act on CO2 calculator – what I like about this one is the plan and suggestions for reducing your carbon footprint futher – it is comprehensive information which can be emailed to you.

If you want something that doesn’t take any time to load and forgoes all the eye candy and bells and whistle while providing you with instantly updated figures, try the Resurgence carbon calculator.

Lastly, if you have a more technical brain and like graphs then take a look at the NEF carbon calculator, but remember to get a more realistic figure you’ll need to accept some pledges which you may already be doing.

What about you – have you used a carbon footprint calculator? Do you have a favourite one to use?