The Unlikely Candidate, Losing your Mum to Heart Disease 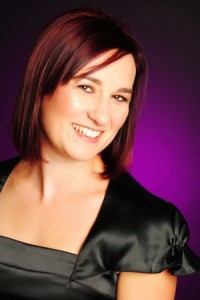 At the end of last week, our guest writer, Sarah, shared how an innocent question from her daughter was the catalyst for some health and diet changes.

Today, Rachel shares the story of losing her Mum, at the age of 54, to heart disease.

When I heard about February heart month, I felt that it was appropriate to tell my mum’s story.

On New Year’s Day 2001 I woke up sitting bolt upright, drawing a sharp intake of breath. I had felt a sharp pain in my back that lasted a few seconds then went. As the morning progressed I wondered why I hadn’t received a call from my parents wishing me happy New Year. At lunchtime the call came. My dad said my mum had been taken into hospital and had suffered a heart attack.

In the lead up to Christmas, my mum had suffered from back pain. She went to see the GP who gave her strong pain killers and told her to rest. I spent my first Christmas away from home that year. When I spoke to her on the phone she said she wasn’t feeling well. A few days later she was walking up a hill on the way home from the train station when she had to stop to be sick.

On New Year’s Eve in bed at night she was overcome with pain in her back. My mum described it as the worst pain she had ever experienced, far worse than childbirth. She was taken into hospital and told that she had suffered a heart attack. My mum was in shock ‘who would have thought it would be me’ she said. Mum had a medical background but because the pain had only been in her back she had not recognised any early warning signs.

My mum was 54 years old, 5 ft. and weighed little over 8 stone. She regularly had her cholesterol checked and this was fine. Mum had a healthy diet, didn’t drive so walked everywhere, was a keen gardener, didn’t smoke and drank very little.

Her own mother had a heart attack at the age of 54 and eventually died in her 60’s from a 2nd heart attack. My mum never felt that she would follow suit.

After a week in hospital mum contracted pneumonia and was moved to intensive care. We were told that the damage to the muscle in her heart was so great that her only chance of survival was a heart transplant. To have this operation she would have to be moved to another hospital a few hours’ drive away. She couldn’t be moved because she was too weak. We waited to see if she would become strong enough but she never made that journey. 12 days after having the heart attack she died.

After she died my heart was checked and I was told I was fine. I became obsessed with a low fat diet and lost a lot of weight. This went on for 18 months until I settled into more normal eating habits.

We will always wonder whether had she recognised the warning signs we may have avoided the huge amount of damage to her heart. She may have had an earlier smaller heart attack (on the occasion that she was sick) and had she have been treated then she may have survived. Who knows?

But I think her story has important lessons, we all know that chest pain is an indication of heart disease but how many of us realise that back pain could also be a sign of heart trouble? I’ll certainly be aware of it as I get older, I won’t let history repeat itself.

Rachel McClary is a writer , Early Education Consultant and mother to 3 girls who blogs at “Right from the Start“ and writes and edits “Practically Perfect Mums“.

We’d like to thank Philips for sending us an Avance juicer and Abel and Cole for our delicious fruit and vegetable boxes so we can get ourselves fitter and healthier.