What’s the point of LED lighting? 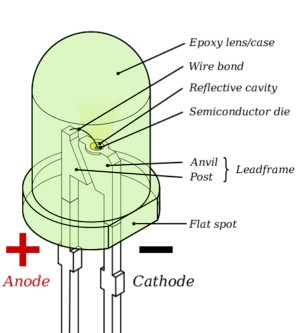 Light Emitting diodes (LEDs) are not a new invention. The LED was first invented in Russia in the 1920s, and introduced in America as a practical electronic component in 1962. Oleg Vladimirovich Losev was a radio technician who noticed that diodes used in radio receivers emitted light when current was passed through them. In 1927, he published details in a Russian journal of the first ever LED. Over the years, LEDs have been developed for a number of applications but since 2006 Nakamura developed a phosphor coating that enabled a high power white LEDs that had real practical lighting possibilities.  There are other methods for producing light including the RGB LED. This combines the theree primary colours to create any wavelength of light.

[quote] The development of LED technology has caused their efficiency and light output to increase exponentially, with a doubling occurring about every 36 months since the 1960s. Although development continues rapidly, we have reached a point where LEDs can adequately match any domestic incandescent or CFL lightbulb in light output. In a short time this will improve even more, with added benefits of increased light for less power and better colour management. Prices will drop as demand grows and consumers realise the incredible savings and environmental benefits.

So what makes LEDs special?

LED technology is very different from conventional light bulbs and CFLs. The LED is a solid state electronic component that has many superior benefits
Many other features and benefits, that we’ll come to later.

It’s the green factor that makes them really special

LEDs use a tiny fraction of electrical power compared to ordinary light bulbs. This has  significant impact on energy savings for you and less electricity demand that is good for the environment. LEDs use very low voltages to produce light and this partners extremely well with microgeneration energy such as solar and wind. Put these two factors together and LED lighting is capable of providing free light from 100% sustainable renewable sources.
In addition LEDs produce little or no environmental contamination at end of life and require no maintenance during a long lifespan of up to 20 years in normal domestic use.

Are LEDs the holy grail of lighting?

At the moment they are certainly by far the best lighting technology available. Not far behind is a related development called the OLED or organic light emitting diode. OLEDs have found their place initially with screen displays, but time will come very soon where we will be able to create a full wall, or ceiling sized OLED that will simply emit light of any colour, or combination of colour patterns. The panel will be less than 4mm thick, transparent and flexible as wall paper.
References:
http://en.wikipedia.org/wiki/LED
http://en.wikipedia.org/wiki/Oled