The Big Buzz with Abel and Cole 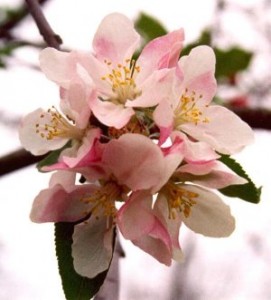 As you know, we’ve got a bit of a thing about bees here at Little Green Blog.

We’ve shared how they are in decline,  taken part in National Science and Engineering week’s Save our Bees week campaign, planted a bee garden and encouraged you to give space to some bee friendly plants in your garden.

Now Abel and Cole are going to be creating a buzz about bees with their evening of talks, tastings, humour and honey, centred on the art of keeping and caring for the brilliant British honeybee.

As organic vegetable box suppliers, Abel and Cole know that honeybees are responsible for pollinating a whole range of fruits and vegetables and are worth about £200 million a year to British farmers. However, since the 1970s, Britain’s bee population has plummeted by 60%

For the past four years, the hum in the countryside has been getting quieter and quieter. So, Abel and Cole are going to make a ruckus, and they want you to join in.

They are hosting “The Big Buzz” at Battersea Power Station on Wednesday 9th June between 6:30 and 10pm

Have you ever thought how fast we’d have to move to visit 3 million flowers a day? Well this is exactly the number just one colony of bees can get through – that’s some motivation and work ethic!

Over in China, bee populations have dropped so much that PEOPLE are pollinating flowers. Some have been at it for 20 years…

If you fancy getting out into the countryside, planting flowers and learning how to set up a hive call 08452 62 62 62 for tickets. Bee expert Steve Benbow of The London Honey Company is hosting the evening and is buzzy working to get as many hives as possible set up in and around London. He is also in partnership with bee genetics researchers to see how our native black honeybee can withstand the negative effects of pesticides, GM crops and the varroa mite.