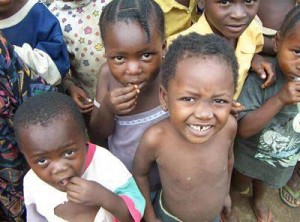 The aim of the Actionaid ‘Countdown to Copenhagen‘ campaign is to get school children’s voices heard ahead of the critical climate talks in Copenhagen in December and to encourage schools to join the 10:10 campaign.

This week we received our free pack from ActionAid so that we could understand what is happening at Copenhagen and take action.

The pack contained stickers, posters and a DVD with film clips, images, case studies, activities and lesson ideas. Also contained are ideas for helping our children send messages to our leaders before Copenhagen.

In Copenhagen, world leaders are meeting to determine the future of the Kyoto protocol. The Kyoto Protocol is the only international agreement the world has on combating climate change and it expires in 2012.

Our leaders need to reach an agreement about cutting greenhouse gas emissions and find a way to help poorer countries adapt to the damaging effects of climate change.

The posters contained in our Actionaid pack really reached Little Miss Green. They contained pictures and stories about children living in different areas of the world. Two of them lived in areas that had droughts and one of them lived in an area which flooded. It made us realise just how lucky we were to live where we do.

In East Africa, ActionAid has witnessed the devastating effects that climate change is having. Some of the most vulnerable children and their families are now experiencing more and more extreme weather.

Learning about these people helps us realise that how we all act affects people’s lives in other parts of the world. It also reminds us that we need to speak up for people less fortunate than ourselves.