5 toxins to avoid in your cleaning products 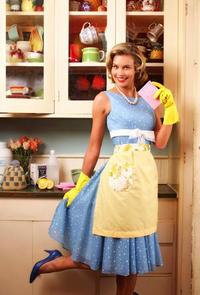 Many conventional household cleaners contain a bewildering array of chemicals. Some are safe and some are best avoided.

There are hundreds of chemicals in daily use and here are 5 of the most common which you may find in your chosen products:

Many of us have the idea that whiter whites and brighter colours mean cleaner clothes. We use chlorine products to disinfect surfaces, whiten our clothes, we drink it and then we bathe in water that is full of it.

Chlorine is in liquid or powder bleach, some multi-purpose cleaners, washing powders, disinfectants, mould inhibitors, in packaging, in our domestic water supplies, and in some antibacterial hand washes.

Chlorine irritates the eyes and lungs, can trigger asthma attacks and can aggravate respiratory ailments or heart conditions. It dries the mucous membranes and can burn the skin.

The harmful effects are intensified when the fumes are heated, as in the shower, swimming pools and Jacuzzis.

The 1990 Clean Air Act lists chlorine as a hazardous air pollutant, and in 1993, the American Public Health Association passed a resolution advocating that American businesses terminate the use of chlorine. Yet even with these safety warnings, manufacturers not only add chlorine to many products, they sometimes add perfume as a sales incentive, encouraging nasal exposure and inhalation of chlorine fumes.

Environmentally, there is conflict with the safety of chlorine, in that it is argued to be a basically safe product which breaks down into harmless salt and water. The real issue is that the by-products of chlorine (organochlorines and dioxin), do not break down readily and they remain in the environment. Manufacturers dump these by-products into our streams and waterways, which cause polluted waters, in which the fish become contaminated, animals eat the fish and humans eat the animals – thus ingesting harmful chemicals – it is shown that Americans ingest a daily amount of dioxin 300-600 times greater than The U.S. Environmental Protection Agency (EPA’s) so called ‘safe dose’.

When consumed, these chemicals accumulate in the fatty tissues, causing hormonal imbalances, diabetes, cancer, suppressed immune systems, endometriosis, reproductive disorders and detrimental effects on foetal development in the womb. (The EPA has found dioxin to be 300,000 times more potent as a carcinogen than DDT – making it the single most carcinogenic chemical known to science)

Studies show that 40-70 percent of the dioxin in bleached coffee filters can leach into your coffee and dioxin found in paper milk cartons also leaches into the milk you drink. When you open the door of your dishwasher after washing, toxic volatised chlorine from dish detergent and tap water is released into the air.

These days there many ways to avoid chlorine and still disinfect your home.

The main properties of detergents are to break down the surface tension of water. This allows the water containing other chemicals, like surfactants etc to enter into the fabric or pores of the item being cleaned. This allows the dislodging and removal of the dirt, stain or debris.

The body contains many sensitive mucous membranes, such as the eyes, nose, mouth and lungs. These mucous membranes rely on a delicate balance between water content and other bodily fluids, such as sebum and enzymes. It follows that if any of these mucous membranes comes into contact with detergents, this delicate balance is severely disrupted. The moisture-retaining sebum is oily, and this is the first thing to be attacked by the detergents. This allows the moisture within the tissues to be washed away or contaminated. Following this, the tissues lose their natural elasticity and ability to hold their natural chemical balance. The result is that tissues become easily torn, or ruptured. This increases risk of infections.

It is easy to protect the most vulnerable parts of our body such as the hands, with gloves, however, many modern cleaning products come in spray bottles. Others require dilution in hot water. This leads to the potential of chemicals being sprayed in the air or being transmitted in hot, steamy fumes with the following risk of being inhaled into the lungs or reaching the eyes and other mucous membranes.

Many strong cleaning chemicals such as sodium hydroxide based oven cleaners carry a specific warning to use only in well-ventilated areas and to avoid any contact with skin or eyes. This only serves to demonstrate the manufacturers awareness of their potentially dangerous side-effects

Formaldehyde is used in a wide variety of products found in our homes. It’s a chemical used as a binder and preservative in literally hundreds of household products (including paper products like toilet rolls, sanitary protection and tissues) and building materials. It’s also found in personal products like cosmetics, nail polish and deodorants. It has been shown to irritate the eyes, throat, skin, and lungs, cause nausea, nosebleeds, insomnia, headaches, coughing, wheezing, trigger asthma attacks, lower immunity, cause fatigue and skin rashes.

Research shows that formaldehyde is a carcinogen and neurotoxin causing gene mutations and chromosomal damage, which could lead to cancer. Cancers of the throat and nose have been firmly linked to formaldehyde exposure. Formaldehyde is one of the large family of chemical compounds called volatile organic compounds (VOCs) as detailed below.

Levels of formaldehyde emitted from products rise with temperature and humidity, so bear this in mind if you use a disinfectant or floor cleaner containing formaldehyde which you add to a bucket of hot water.

Phosphates are minerals that help detergents clean by softening water, but they also promote rapid algae growth, which is why they are used in fertilizers as well. Therefore, when phosphates discharge into a brook, river, or ocean after being flushed down a drain, they can cause lots of trouble for the fish, aquatic vegetation, and life on the edge of the water because they introduce increased nutrient load.

Some areas in America have banned phosphates from laundry detergent and other cleaning products. Liquids used for the hand washing of dishes don’t contain phosphates, and many cleaning products indicate that they are phosphate free on the side panel, so effective and safe alternatives are readily available for most products. However, phosphate is still a staple ingredient in automatic dishwashing detergent because that formulation is exempt from restrictions.

Many liquid cleaners and household products contain organic solvents such as ethanol, methanol, isopropyl alcohol, propylene glycol, and glycol ethers to name a few. These solvents release volatile organic vapors (VOCs) into the air. The term volatile means that the compounds vaporize, that is, become a gas, at normal room temperatures. Also, when they are sprayed (products that are in aerosol cans or pump sprays usually contain VOCs), they become small particles that are easily inhaled, and contribute to increased levels of ground level ozone.

These fumes can cause intoxication, drowsiness, breathing difficulties, asthma attacks, disorientation, and headaches. Long term exposure to some organic solvents such as methylene chloride, which is found in degreasing cleaners and some waxes, can damage the nervous system and may be carcinogenic. Many solvents can be skin and eye irritants. Still others produce vapors that can be flammable.

If you see the term ‘volatile’ on a label, then ventilating the area you are working in is crucial to reduce harmful inhalation. Volatile compounds also release vapours slowly while being stored, thus creating toxins in the air of your home on a constant basis.

In later weeks we’ll be covering recipes for your home made household cleaners.