Is anaerobic digestion the answer to renewable energy?

May 13, 2014 | Mrs Green | Comments Off on Is anaerobic digestion the answer to renewable energy? | Reduce, reuse, recycle 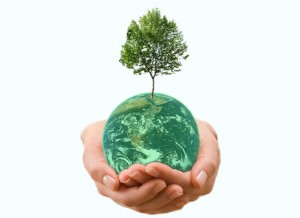 I’m a great believer that one man’s trash is another’s treasure, especially in our current state of depleted resources where we need to preserve as much as we can.

I’m an avid user of Freecycle; where items that are of little monetary value, but too good to throw away are given to the people who want them; for free.
I love Streetbank too, where you can borrow items that you might need only once such as a set of ladders or a garden shredder.

And I love a good rummage through a jumble sale – last week Little Miss Green came home with a huge bag of new clothes for just £2.

In the UK, businesses are obliged to apply the waste hierarchy which ranks waste management options in order of environmental preference.

Of course waste reduction is top of the list but for those materials that cannot be prevented, reused or recycled recovering energy from waste is used.

While incineration remains a controversial topic, many people are in favour of anaerobic digestion, which harnesses the decomposition of organic matter to produce biogas (and sometimes fertiliser as a by-product).

The biogas can be burned directly in a gas boiler to produce heat or burnt in a combined heat and power (CHP) unit to produce heat and electricity. Alternatively, the biogas can be cleaned to remove the carbon dioxide and other substances, to produce biomethane. This can be injected into the national gas grid to be used in the same way as natural gas, or used as a vehicle fuel.

The plans for anaerobic digestion specialists such as GTS Maintenance and Tamar Energy is to create as much renewable energy as possible to reduce our reliance on fossil fuels that adversely affect the environment.

And we could be well on our way to achieving this goal.

In this news article, the UK’s largest on-farm anaerobic digestion plant opened in Nottinghamshire this year and is in the process of turning farm waste – such as manure, maize and general agricultural waste – into green electricity; with the potential to power 6000 homes.

The plant can also create bio-fertiliser; an alternative to fossil fuel based fertilisers AND the heat generated through the facility’s function will be used to dry woodchips that will then be sold on.

Those in favour of AD see it as a positive way to create renewable energy. Concerns about AD include a scenario where we may need to grow food specifically to feed AD plants. But in the case of agricultural waste, maybe AD is a forward-thinking solution to the energy crisis.

What are your thoughts?