How data centres are getting greener

November 26, 2013 | Mrs Green | Comments Off on How data centres are getting greener | Energy saving 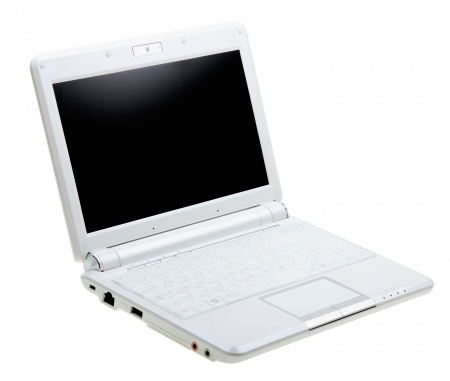 As our reliance on technology continues to grow, so does our need for space to store and manage data – whether it’s an individual using a cloud-based email network, or a company needing server space for their accounts and important information.

Therefore, data centres are increasingly being utilised as a method of storing data when it gets too big for our own personal servers, or when we need to be able to quickly and efficiently change our storage processes.

However, the environmental effects of these huge warehouses and factories of data storage space have been called into question. For example, Greenpeace produced a report looking into the environmental impact of data centres, published in April 2011. The ‘Dirty Data’ account detailed just how much a non-green data centre can negatively impact the environment, by examining how much electricity they use. They found that, at the time of publication, data centres consumed 1.5-2% of all global electricity, and this amount was growing at a rate of 12% per year.

Furthermore, the growing demand for electricity from data centres was close to the entire electricity demand of the whole of the UK – 345bn kWh12. Worryingly, this was projected to triple or even quadruple by 2020.

As such, many datacentre companies have been striving to improve their negative environmental impact, which has caused the buzz word ‘green data’ to become more frequently used when talking about cloud services and server management. In an attempt to rectify or at least slow down their energy consumption, these warehouses and factories have been utilising different methods and approaches in order to prevent the damaging statistics Greenpeace projected in their report.

Facebook’s data centre in Lulea, Sweden, is one example. It utilises the local hydroelectric energy production schemes to ensure the centre runs entirely on renewable energy, creating much more sustainable processes. The cold climate also serves to naturally cool their banks of servers – something which other data centres have to artificially create through the use of electricity-hungry air conditioning systems. The Lulea centre uses 70% less of this energy than an average data centre.

Google’s Hamina data centre also harnesses the natural energy around it. The converted paper mill takes in the cool seawater of the bay it is situated next to, using this water to naturally cool their servers. This water is then filtered and treated to return it to its original temperature before it flows back into the sea.

Equinix also recently introduced a global first in data management in order to develop their green data storage solutions. Their installation in one of their Frankfurt data centres makes use of fuel cells that are more typically found in the space shuttles of NASA’s space missions. The innovative technology is based on the chemical reaction of oxygen and hydrogen to water, which produces electric current, heat, water and a nitrogen-rich exhaust. This should generate approximately 800,000 kilowatt hours of electricity per year for the centre. As a result, Equinix can reduce their primary energy consumption by up to 24% and improve the carbon-footprint of the site by 150 tons per year.

Therefore, with data centres providing a useful alternative for those who need a responsive system which can adapt and change along with their business, or those who rely on the cloud for storage, the requirement for their services doesn’t seem to be lessening. However, the increased emphasis on providing these services in a way which reduces harmful environmental impact means that carbon footprints and excessive energy consumption can be lessened. The examples above, as well as many other green initiatives and developments of new sustainable processes, seem to mark the industry as working to rectify the facts found in Greenpeace’s ‘Dirty Data’ report.