LED light bulbs – are they are good as CFLs and incandescent?

September 23, 2013 | Mrs Green | Comments Off on LED light bulbs – are they are good as CFLs and incandescent? | Energy saving 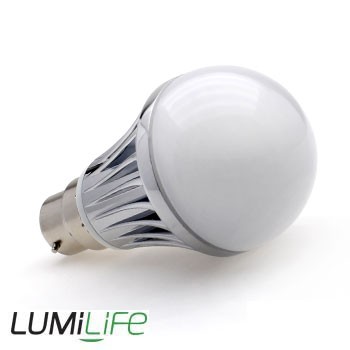 Everyone wants to save a bit on running costs, both in the home and workplace.

Sometimes, those new fangled ideas to save money just don’t come up to the mark in quality or longevity.

Changing your light bulbs from old fashioned incandescent or CFLs to LED, however, is a good way to save money and be sure that your changes will last many years into the future.

A new generation LED bulb lasts around 10,000 hours compared to 1000 hours from a halogen or incandescent bulb. In running costs, there are massive savings also. A 35 watt halogen will give as much light as a 10 watt CFL or a 4 watt LED! Again, nearly ten time cheaper to to run than halogen.

We tried and tested for a number of weeks some direct LED replacement bulbs for the standard bayonet fitting, sent to us by the guys at LED hut. Some reviewers plug ’em in and write the review.

We don’t do that; we try and give a real life appraisal that means living with it for a good long time. So after 9 weeks, here’s what we found.

The replacement LED bulbs are designed to look similar and fit in exactly the same locations and the conventional bulbs.  However, they do have an aluminum heat sink that fits around the lower part of the bulb. If the light fittings rely heavily on downward projecting light from the bulb, this can be reduced somewhat with the LED design.

The LED bulbs are also much heavier than the light weight glass bulbs, again due to the heat sink. Neither of these factors is serious drawback in most light fittings. We found that the bulbs fitted perfectly as direct compatible replacements in all cases.

The replacements we tried were extremely close in colour quality to incandescent bulbs, such as halogen and filament.

The glass envelope is frosted allowing a soft, even dispersion of light without any spot effect. The CRI (colour reflective index) was again very close to conventional bulbs. There was no detectable flickering, unlike CFLs.

We had our bulbs connected through a compatible LED dimmer switch and found again that the light remained consistent in colour quality, dispersion and hue from lowest to highest dimmer setting.

One thing to note, if you are running more than one bulb from the same dimmer circuit, all the bulbs must be the same wattage. We tried mixing a 5 watt with 7 watt and found that the higher rated bulb flickered and faded on lowest dimmer setting.

Overall the heat produced is much less and better dissipated that halogen; meaning a safer, cooler bulb with less fire risk from fitting and shade damage.

There was no smell, either with new units or at any time during the several weeks testing. For those with sensitive hearing, it is possible to detect a very quiet buzz from the bulbs at less than 6 inches away from the ear. Beyond this, there is nothing detectable.

LEDs have definitely come of age and both in cost and quality of light now out-perform incandescent and the CFL.

Unlike CFLs they have no mercury and are less delicate and prone to envelope damage. They last longer, produce less heat and more light per watt than any other commercially available device.

They are coming down in price all the time and are fast approaching a break point where it becomes the only choice as a bulb replacement.

Our bulbs are definitely here for life and with a rating of 10,000 hours that’s a few years to come and we’re very happy with that. Next time a CFL or incandescent bulb runs out, hop over to LED hut and try an LED on for size!