LEDs, a new generation of lighting 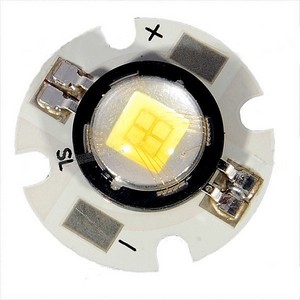 Light emitting diodes (LEDs) lead a new and exciting era of modern ecological lighting. They have been evolving over the last decade and are now maturing into a viable economic alternative to the incandescent bulb and CFL.

LEDs, all things bright and beautiful

Many LEDs on the market are still too low power and expensive as a replacement, but there is a new breed of powerful LED that easily matches the standard 100 watt light bulb in brightness (over 1000 Lm.) There are also versions that can exceed the brightness required for domestic lighting and provide sufficient illumination for street, exhibition and space lighting in large areas.

In the past LED lighting has been criticised for its harsh quality of light that has been too cold and lacking the warmth and rich spectrum of incandescent bulbs. This too has been greatly improved with newer LED manufacturing processes and units can now achieve true warm light and multiple colour variations. LEDs, unlike the CFL can also be dimmed to provide mood lighting as well as extreme white for utility use.

[quote] Due to their low voltage, low heat and robust design LEDs can be safely housed in places unsuitable for incandescent bulbs or CFLs. Their lifetime can be safely estimated between 50-100,000 hours which means accessibility for maintenance and replacement is no longer a major design issue.

Typical of emerging technologies, LED prices in the consumer market place are still held high as a specialist and niche product. A few years ago, the compact fluorescent light (CFL) was in a similar position, but now, thanks to a nod from politicians and green movement quarters, production has gone mainstream making them even cheap enough to give away.

CFLs are not a good alternative for lighting

At best the CFL provides a cheaper and longer running time, but this superficial benefit comes with a nasty sting in the tail. Unfortunately, the CFL is not the best eco green alternative, in fact it never has been. Due to the fragility of the glass construction and mercury content in every unit, the CFL is easily broken and when it does, it releases mercury vapour into the environment. The CFL is only a miniaturised fluorescent strip light and still holds the drawbacks of flickering, slow start up and cold temperature sensitivity. CFLs are also difficult to dim and due to the mercury content need specialised disposal when broken or reaching end of life.

LEDs have superior benefits for everyone

The LED has none of these drawbacks and several extra benefits that make it a clear leader in economic as well as ecological lighting. LED technology is still improving, but right now, given the right market forces, there is a range of superior LED devices that will fulfil the needs of home, commercial and municipal lighting requirements, offering superior lighting in every way, including greater efficiency and economy, safer lighting infrastructure and greatly reduced post user waste.

These benefits are good for users, as they provide a cheap alternative of quality lighting. The low power requirements and long lifetimes of LEDs mean they can be used in areas that has restricted the use of conventional mains driven lighting. LEDs must supersede the CFL, not only because they are the best green lighting, but also because they are more efficient, they lasts 10 x longer and at life end is safer and easier to dispose of.

LEDs run on very low voltage and current requirements. They produce significantly less heat and are the perfect complement to micro generation methods such as solar and wind in conjunction with battery power supplies. LEDs are tiny semiconductor devices that can occupy the space of a match-head or can be built in arrays to provide extensive possibilities in design and architecture.

So where is the big rush for LEDs?

If it’s so good, you might wander why there are so little LED lighting available in the shops. Like the CFL, the LED is suffering the market reluctance of a new technology. In addition, many manufacturers have been too hasty to market under-powered LEDs with the promise that they can replace a conventional light bulb. Those rushing to enjoy the new green technology have been dissapointed with performance and price. For the user, the light has to be the right quality as well as the price, or the product will fail to gain popularity. In the haste to provide a super green alternative, many LED lights have failed to provide the brightness or quality of light and this may have contributed to a reluctance to buy from the general consumer.

Over the next few articles, I’m going to dig deep into the shiny world of LEDs and bring to light some of the real practical alternatives, both available commercially and also by detailing some experimental units I’ve built with the latest LED technology that hasn’t hit the retail stores yet. I’ll show you how to make LED lights that give superb lighting that is easy to live with and more than adequate for utility and mood lighting. Once you’ve seen proper designed LEDs, you’ll never go back to a CFL or incandescent bulb again. In addition, I’ll show you how to run your new LED lighting for free, using solar energy to power off-the-grid installations.

Forget about those inadequate cold-hue lights you paid so much for… You’ll be amazed just how bright the future is going to be with the LED, once we apply the technology correctly and learn the requirements of LED lighting design!