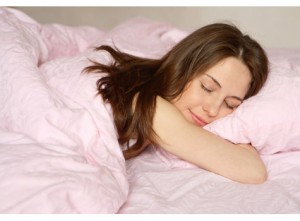 The Citizen Advice charity says four in ten Britons are worried about paying their next energy bill.

Fortunately it’s been a mild winter so far. Mr. Green and I haven’t needed to keep the fire in at night time and we’ve not needed to top up the heating with electric heating either; which immediately lowers stress on finances.

Fuel prices rocketed to the tune of 21% last year, but today I’m pleased to bring you GOOD news!

Ovo, who are a small, independent company and similar to the company we use (Co-operative Energy) in that they have two simple-to-understand tariffs, announced that it is CUTTING its prices by 5%.

This shows us that smaller businesses can make such a big difference in the market place. They are able to turn around price cuts far more quickly, make decisions that involve less people in the chain and be more daring with their business model.

It only takes one fuel company to drop its prices before the large companies follow suit. As Tom Lyon, energy expert at uSwitch.com, said: “This is the kind of consumer-friendly move we’ve come to expect from Ovo. In one fell swoop it has given cash-strapped consumers a lending hand, become the second cheapest energy supplier on the market and laid the gauntlet down to the big six suppliers.”

Yes, the ‘big six’ will follow suit, but it takes time for price cuts to happen, so it’s always good to be ahead of the game, and to be able to save money on electricity prices…

There are several price comparison sites on the internet, but uSwitch are one of the simplest to use; so much so it’s the first comparison site to achieve the “Plain English Campaign’s Internet Crystal Mark”, which is recognised as a standard that a website has clear language and is accessible and easy to use.

uSwitch is free to use, gives impartial advice and the only information you need is your postcode and the amount of fuel you currently use. You type the numbers in and you’ll be shown instantly which companies and energy tariffs can save you the most money.

You can even find out about water, mobile phone and broadband while you’re there. Not only that, but uSwitch make it possible for everyone to benefit from their information; if you’re not on the internet, you can get help via telephone, fax or Freepost.

According to uSwitch, the current difference between the cheapest and most expensive dual fuel energy deal among the big six providers is around £200. So what are you waiting for!?

Tell me, have you ever used a price comparison site to save money on your fuel bills?