May 26, 2018 | Mrs Green | Comments Off on The green energy plan that will make China the most eco-friendly city in the world | Energy saving 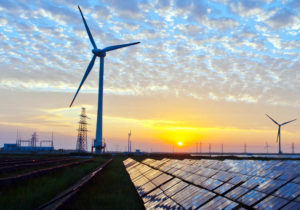 One of the most important issues of our times – the problem of bettering our ecological footprint – persists. With recent conversations revolving around issues like, global warming, rising levels of pollution, and a general increase in waste levels, countries have started looking for solutions. Whether that means more recycling, or bigger changes, we need to get to work. China, has taken the issue at heart, and has already improved the situation tremendously. One of the countries with the highest pollution is setting the example for all.China’s green energy plan revolves around renewable energy, and how the country plans on switching to it completely.

About 6 months ago, back in December 2017, China’s Vice Premier Zhang Gaoli met with International Energy Agency Executive Director Fatih Birol to discuss their plans for the future, and how they would be improving their pollution levels. At the end of their conversation, China decided to invest $367 billion by 2020, in order to achieve their final goal of producing 20% of their whole energy from renewable sources; all this by 2030.

The numbers are big, but China’s dedication to the cause is even bigger. Just in 2016, China doubled their production of solar energy power, and is also the country that produces the most solar energy in total. Furthermore, in 2015 China installed wind power capacity that surpassed the levels of the United States, India, and Germany combined. Even better? China is the country where the most electric cars are sold!

With such astonishing progress, China is giving the world a run for its money. In fact, the country is also looking at the economic side of the green energy transition, in that they will most likely become the biggest producers of renewable energy in the world. Already, IRENA has stated that China is the biggest producer and exporter of renewable energy technologies, specifically in solar panels and wind turbines. So they’re getting the best of both worlds; an exceptional ecological footprint, and a huge market advantage in the energy field.

Some are still skeptical of China’s green energy plan, seeing how the coal industry in China is so massive thoughts are directed at all the workers and what will be of the 1,3 million that will lose their jobs? However, China’s original $367 billion plan forecasts that 10 million jobs will be created as the plan progresses, a big number that calms the waters around the job topic. Furthermore, China already employs 2.5 million people in the solar sector, which is staggering in comparison to the 260,000 solar energy workers found in the United States. Not to mention that the complete number of workers in the renewable energy sector in China is of 3.5 million. Big numbers for a big plan!

Where many may have been skeptical of China’s promise to revolutionize their energy sources, the facts are speaking louder than anything. If the world’s most-polluting country can make a difference in their ways, what is everybody else waiting for?