Why this one mistake is costing business £1.8bn 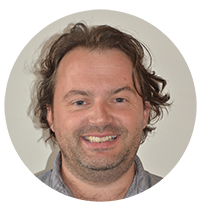 EnergyForecaster.co.uk has recently published results from its Business Energy Barometer that indicate a staggering four in ten businesses – that’s 2 million small and medium enterprises – are labouring under the illusion that competition in the business energy market is non-existent and as such, feel that there’s no need to switch.

A collective £1.8bn of potential savings is being missed out on as a result. The results from the previous quarter show that there has been a worrying 13% increase in businesses that believe there to be no significant competition in the market.

The figures that show how many businesses are actually switching supplier are also falling –in the last survey, 41% said they had switched business energy supplier in the last 12 months, compared to a much healthier 61% three months before. With 90% of businesses saying that price rises of 15% a year would have a noticeable impact and 8% saying that it would force them to close is certainly a cause for concern.

There has been much on the subject of energy in the last three months – the Energy Bill has been published, the government has attempted to push suppliers to provide the best deal for their customers and six of the ‘Big Six’ energy providers have increased their prices. True, these events have the biggest impact on home energy bills, but the recent buzz surrounding the industry is enough to shift businesses’ understanding of the energy market at present.

James Constant, Chair of EnergyForecaster.co.uk suggests that “Competition is critical – if the business energy market isn’t seen as competitive then customers will not see the value in seeking out the best tariff. This seems to be the case currently, with the Barometer showing a significant decrease in the number of businesses switching. This lack of engagement will have a  direct impact on businesses’ bottom line, particularly for the SME market where, on average, energy bills now account for almost 1% of turnover**.

“There could also be a knock-on impact on UK PLC – 8% of those polled say that 15% price rises would force them out of business, and average business energy prices are up by almost 13% so far this year. The issue needs to be addressed as these businesses form the backbone of the UK economy.”