How to Recycle Your Electricals – any why you should

November 27, 2020 | Mrs Green | Comments Off on How to Recycle Your Electricals – any why you should | Waste and recycling 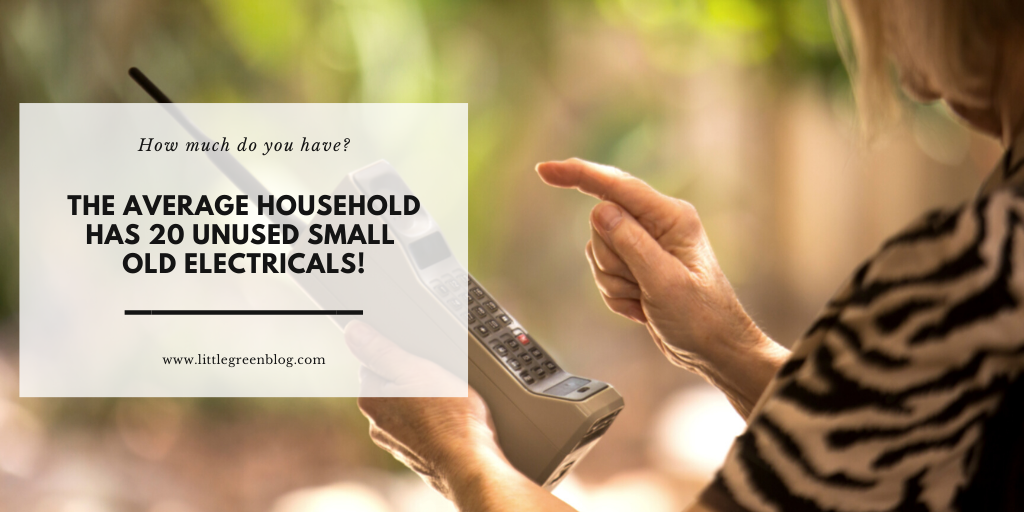 During lockdown HWRCs were shut, charity shops closed their doors and some kerbside collections were disrupted. Yet because many people were at home, they used this time to get on with those ‘one day’ projects such as decluttering.

I don’t know about you, but when I root around in the kitchen ‘junk drawer’ (you know the one), I’m pretty horrified by what’s in there. As well as all those ‘must have’ utensils that have rarely seen the light of day, there are all those old handsets and gadgets. Not to mention the transformers and charging leads that don’t seem to match anything you still own. You might be interested to know that the total number of cables hoarded in UK homes could circle the earth more than five times!

I once joked with my husband that in 50 years time we might be mining our own landfills, when we realise how many precious things are in there. Turns out this might not be so much of a joke after all. 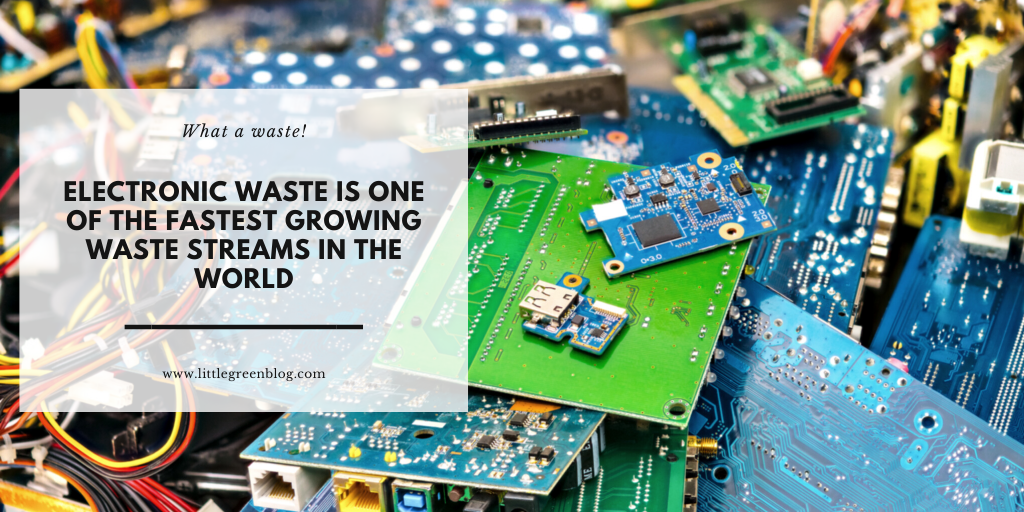 I’ve recently discovered that electronic waste is one of the fastest growing waste streams in the world. 54m tonnes of “e-waste” was generated worldwide in 2019; equivalent to 7.3kg for every man, woman and child on Earth.

The trouble is, electrical waste, such as those old handsets we’re all holding onto contain valuable materials such as gold, silver, aluminum and copper along with a wide range of valuable rare earth elements. Mining for these precious metals can have catastrophic impacts on the environment. Mining pollutes the water of surrounding communities through cyanide contaminated waste ore and other abandoned mine waste including toxic metals and acid, which often get released into lakes, streams and the ocean, killing fish and contaminating drinking water. 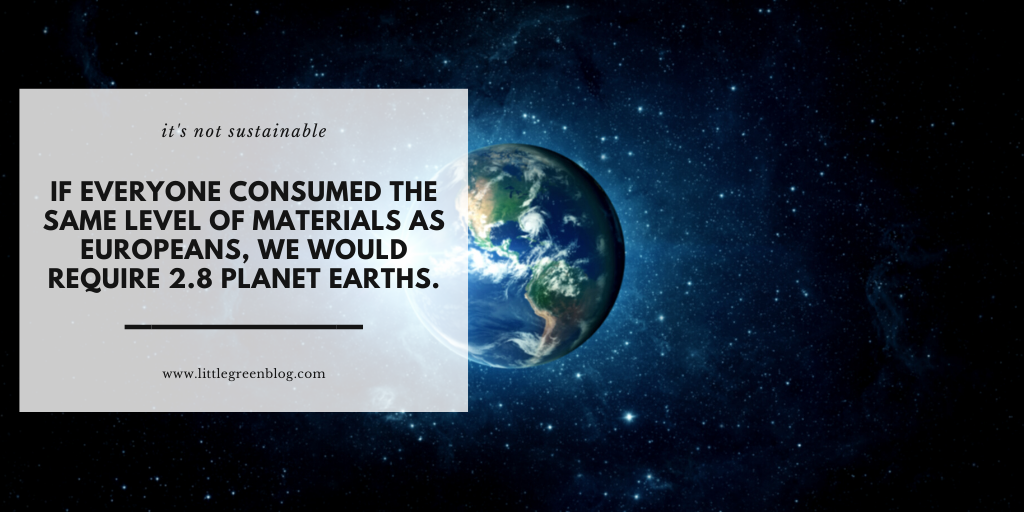 Regarding finite rare elements, did you know that some that are used in technology are also needed to make pacemakers, hearing aids and even treat certain types of cancer? So if we keep these elements locked up in unused gadgets, there could well become a shortage of these essential medical supplies.

And last but not least, it’s becoming rapidly clear that there just isn’t enough ‘stuff’ to go around. According to some estimates, if all 7.8 billion people on Earth consumed the same level of materials as Europeans, we would require 2.8 planet Earths.

I know Amazon can deliver most things the next day via Prime, but I’m not aware of seeing any spare planet earths for sale recently, are you? 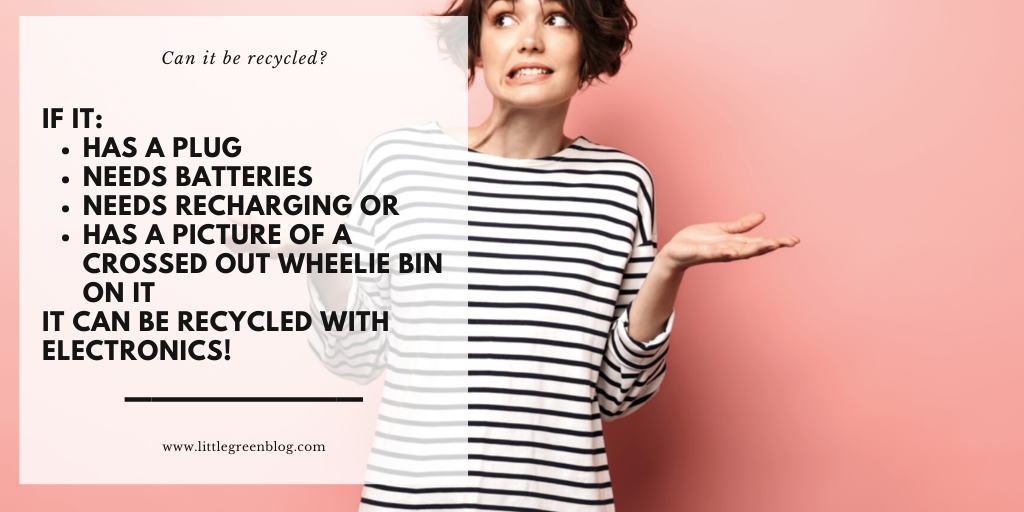 How to Recycle Your Electricals

Fortunately, there is a really simple solution.

By retrieving the materials hidden inside our old devices, it may be possible to recycle and reuse them in new devices without having to dig up any more. The use of recycled metals has a lower environmental impact than mining virgin materials. All it takes is a little effort to go around your home and round up those abandoned items, because just like my junk drawer proves, we’re hoarding them – the average household has 20 small old electricals!

When you’ve found all the offenders, head over to the “Recycle your Electricals” website and type in your postcode. You’ll be shown where you can take your electrical items, locally to you, for recycling.

Can my item be recycled?

If you’re confused about whether or not your item can be recycled with electronic waste, ask yourself whether:

If you can answer yes to any of these questions, it is recyclable. Suitable items include alarm clocks; CD/DVD players and game consoles; small kitchen appliances such as kettles, toasters and blenders; personal grooming products like hairdryers, straighteners, electric toothbrushes and shavers; garden tools such as lawnmowers and shredders; other items such as lamps, torches, vacuum cleaners, phones, radios, TVs, printers, cameras and smoke alarms. 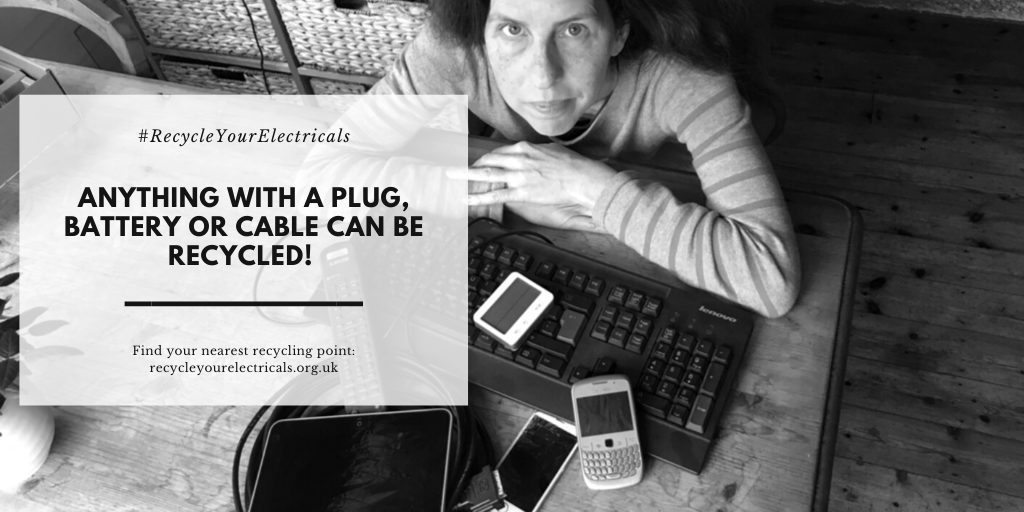 As you know, I like to focus on the positive, so here are some stories about how recycling your electronics can have a positive impact on people and the planet:

Hopefully this has convinced you to scour through those drawers and cupboards, find all those old, unwanted gadgets and recycle your electricals!