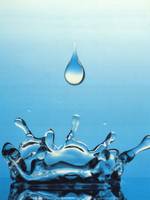 I  learned over on The Green Parent blog today that it’s World Water week, celebrated over in Stockholm.

At the moment, here in the UK, conserving water is the least of our worries; we’ve had weeks of rain and hardly any summer.

However, last year, flooding led to our local water plant being flooded, which shut down the pump and thousands of homes were without water for 2 weeks. Oh the irony of it all! Water was pouring out of the sky, and running in rivers down our streets, but nothing came out of the taps for 14 days.

They had bottled water air freighted in, queues to the supermarkets (with police in line to stop all the fighting) and bowsers spread around the city so that people could get access to drinking water.

This was an unheard of catastrophe, and there are many people still without home.

But for others in the world, water always has been a limited resource and when it’s found, it’s not always safe enough to drink.

In honour of the people in the world who do not have access to safe drinking water, it feels the right thing to do to preserve the water we have doesn’t it? Who knows, one day we might find ourselves without water too.

I’m a bit slow on using the shower instead of the bath; the bath is one of my ‘green sin’ treats, I have to admit!
What about you. What do you do to use less water?