A moment of awareness

September 16, 2008 | Mrs Green | Comments Off on A moment of awareness | Uncategorized 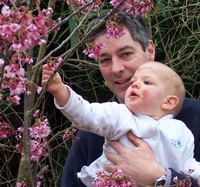 We’ve been taking advantage of the small glimpses of sun as much as possible here at Chez Green. Yesterday we went out for a walk and I caught up with Little Miss green squatting on the pavement, looking intently at something.

I joined her to see hundred of ants working busily to eat a fly. They were marching industriously in lines either to feast or to take back bits of the fly for the Queen to eat I guess.

We sat there for about 15 minutes while people and cars rushed by. We could see people straining to see what we were looking at, but we didn’t let that bother us because we were lost in the wonderful world of ants.

I was so pleased to have this special ten minutes as I had just finished reading “Last child in the woods” by Richard Louv.

In this book, Louv outlines his idea of Nature Deficit Disorder. Does the name sound strikingly similar to a medical condition we know which is treated with Ritalin? 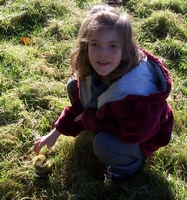 Since its initial publication, this book has created a national conversation about the disconnection between children and nature, and his message has sparked an international movement.

Through the success and interest in this book, The Children and Nature network has evolved which is designed to reconnect children and nature.

In the book I discovered that more children know the names of pokemon characters than the names of animals and native trees in their neighbourhood. Today’s children are taught about the rain forests and volcanoes at school but are rarely taken into their nearest meadow to experience anything first hand. They see internet pictures and documentaries about all sorts of exotic animals, but have never hiked through their local woods or park. They don’t go into a field and make dens or sleep under the stars any more because, we as parents, are ‘scared’. 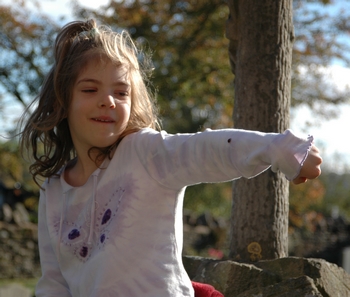 I cannot remember a time when I was INDOORS as a child and I didn’t live in an idyllic area surrounded by fields and meadows. I lived on am ordinary housing estate, but our imaginations were intact and I would spend every hour I could from dawn to dusk playing with my friends or with my favourite to – a set of cardboard boxes!

I’m pleased to say that Little Miss Green is the same, but she sticks out like a sore thumb in our area. Friends come and go, but they play for ten minutes and then they leave. off out to find the next fix, the next thing to interest them, a different friend, ‘something to do’. Put mildly, little Miss Green bores them because she wants them to play with their imaginations and they don’t know what to do.

They think she is immature and doesn’t have enough toys. They want to know where the TV is and where the computer is.

Sometimes I feel cruel that our lifestyle alienates her from the mainstream world, but she seems happy with her imaginary friends, building pirate ships and playing with the faeries. So for now, I am content with that.

To me, the child who loves a special teddy, feeding it at mealtimes and tucking her into bed each night will be the loving, caring parent, social worker or health professional. The child who re-builds the tower so that it does not collapse is the adult who is able to ‘pick up the pieces’ when everything and everybody around them collapses and has the ability to problem solve. The child who sits in a cardboard box flying to the moon becomes the

entrepreneur, the scientist or the poet.

And those who sit in front of the computer and TV for 45 hours a week; what becomes of them?