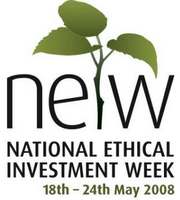 Many of us who are leading a ‘green lifestyle’ forget about where our money is invested. Even having a current account in the red means you are investing in something!.

This is something Mr Green and I talk about a lot and we have not really found a solution yet.

You may well buy organic food, have given up long haul flights, have a green electricity provider and live as lightly on the earth as possible. But where you invest your money can mean you are contributing to some of the things you feel strongly about and are trying to avoid in your daily purchases and lifestyle.

In the past people with money to invest have had the choice of ‘What’s the best for me in terms of risk perspective’? and it’s all been with a focus on performance.

With increased awareness of social responsibility and environmental concerns, there are more and more ethical investments available to us. Ethical investments avoid some of the worst sectors and industries such as the arms trade and tobacco and select some of the more positive such as renewable energy or companies with good human rights and 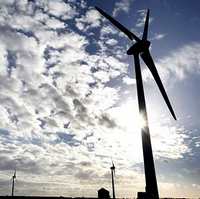 Independent research reports have demonstrated that ethical funds over the medium term have performed in line with conventional investments and some have consistently out-performed. If you’re still not convinced, why not commit to investing just 10% of your pension fund into ethical funds or take out a small cash ISA and see how well it performs?

Just like people buy fairtrade tea and coffee because they want a good tasting cup of something to drink, while at the same time benefiting communities around the world, the same can be said of ethical investments. Customers are demanding to see purchases and investments that actually do some GOOD in the world.

This year sees the first National Ethical Investment Week. It runs from 18th – 24th may 2008 and is backed by the financial services industry and community groups. it’s aim is to encourage investors to consider a green and ethical investment option.

I admit to being a complete klutz when it comes to investments and the ways of economy in the world. All I know is that by supporting some of the major well known banks, we are indirectly funding wars, financing palm oil farming, giving the green light to poor animal welfare or supporting human rights issues.

My limited awareness points to the choice of the Co-Operative or Smile for current accounts and Triodos for savings accounts in the UK.

Regarding investments I don’t have a clue. Perhaps some of you know more and would be willing to share. I guess National ethical investment week has a lot to teach me!