Is there too much choice for consumers? A rant about light bulbs.

February 2, 2008 | Mrs Green | Comments Off on Is there too much choice for consumers? A rant about light bulbs. | Uncategorized

Bear with me while I have a mini rant about consumerism and choice. Little Miss Green travels far and wide at night; she sleepwalks, cuddles the vaccum, goes off on the astral planes and generally gets herself in a bit of a pickle if she needs to get up for the toilet.
She has a wind up torch, but is so out of it if she wakes in the night that she can’t find or operate it.

Instead of leaving a light on all night, we figured it would be better to get a very low wattage night light for her room. We felt this was better for the environment and the most ethical choice.

We bought one, and it lasted over a year before the bulb went.

You’d think it would be an easy task to purchase a replacement bulb. I trawled the local shops and internet and finally found a pack of 2 bulbs for £4. They arrived and I’ve obviously been living in a cave for the past ten years as I now realise it is no longer a simple case of small or large Edison screw fitting. There are now different sizes for SMALL Edison screw.

The bulbs I bought (Ok, it was my error for not reading the small print) are actually for one specific make of night light. They are made a fraction too small so that you can only use them in their night lights. I’ve already opened the blister pack which means I can’t get a refund.

I figured that I could have bought a new night light, complete with bulb for less money than these new bulbs that are no good to me, but I’m actually making a conscious choice NOT to give into this type of ‘enforced’ consumerism anymore. 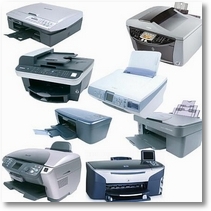 It’s often the same with ink jet printers – you can buy a new printer for less than the price of new ink cartridges for your existing machine. The same with a cooker a friend of mine bought. It was faulty when it arrived (one of the hob rings didn’t work), so the manufacturer sent her a new cooker and told her to dump the old one. I’ve heard people say that they go into these pound stores, buy a stack of roasting tins and rather than wash them up they throw them away. Say what?

So, back to the nightlight saga; I looked again and found the E14 fitting I am looking for on eBay. The bulb arrived this morning and guess what? It’s a slightly different shape and doesn’t fit the night light by about a millimetre. No amount of gentle encouragement, swearing, forcing or ranting will persuade it otherwise.

You can buy candle, pygmy, spiral, reflector and all manner of shapes and sizes and, as I have learned it only takes a tiny amount to render something useless.

So far then, I have spent £7.48 on useless bulbs and see that in Lidls next week they have the identical night light to the one we have, complete with a bulb for £1.29. Maybe I should just leave the landing light on all night. 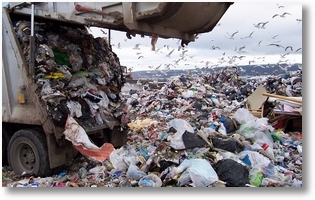 We are certainly encouraged to take part in this disposable world aren’t we………….