Where it all began & an exciting announcment 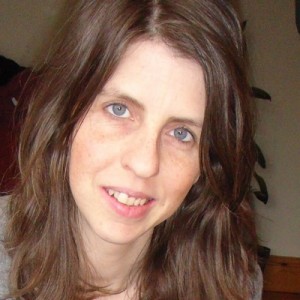 Before being a parent, I didn’t really give a stuff about the environment. It wasn’t that I didn’t care; thoughts of sustainability and eco issues simply weren’t on my radar. ‘Green’ was for hippies who didn’t wash and covered up their body odour with patchouli oil.

I had much more important things to think about like pursuing the American Dream, acquiring stuff and making sure my hair looked good.

Then I became a mother…

It wasn’t until I was holding a baby in my arms my awareness of the fragility of the planet was woken with a start. Suddenly I realised life was about more than just me and what I could get out of it. I had the rude awakening that long after I’d filled the landfill with several cars, mattresses and tonnes of plastic packaging my daughter needed and deserved a safe and beautiful planet to live on.

I started to read about the environment and made small changes; swapping light bulbs, turning things off standby and using charity shops. I read about climate change but thought it might happen in 400 years time, because we never believe it will happen to us, right?

Then I had another rude awakening.

In August 2004, my family and I (my daughter was three by then) were on holiday in Boscastle, Cornwall, when this message was passed to RAF kinloss Aeronautical Rescue Co-ordination Centre:

My husband, daughter and I were three of them.

On that day, Mother Nature unleashed one of Britain’s worst rainstorms over the hills above Boscastle. And we were there, along with thousands of other people, when she did. 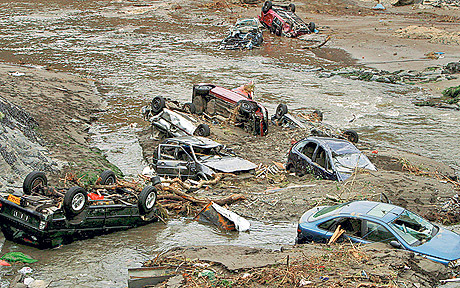 I realised, as I was standing knee deep in water with my daughter in my arms, frantically searching for my husband and wondering if I’d ever see him again, that climate change wasn’t about to give me a 400 year hall pass, it was happening now. 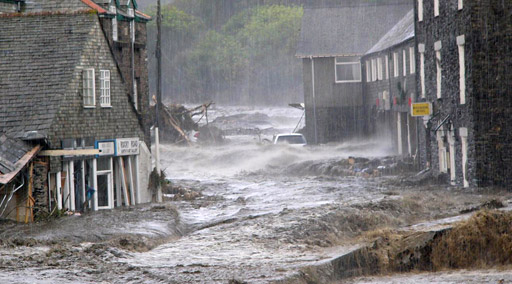 One hundred people were airlifted to safety that day and miraculously no one died.

But cars, shops, homes and livelihoods were washed into the sea, never to be seen again. 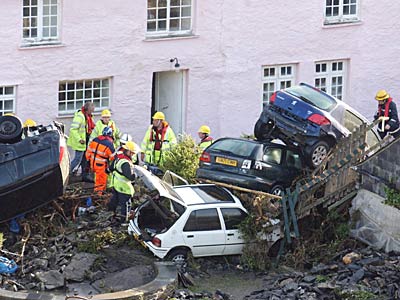 That puts things into perspective doesn’t it? All the things we had worked hard to acquire, gone in an instant; swallowed by the sea…

After messing around with ideas and half heartedly changing my life to be ‘greener’ I set up Little Green Blog. I thought it might keep me accountable and that I might meet some like-minded travellers along the way. I also felt the urge to be part of the solution rather than continuing to be part of the problem.

Little did I know that thousands of readers later this blog would become a resource of inspiration for others, a site through which I would meet fantastic, inspiring and passionate people and that I would learn so much!

I’m thrilled and humbled to announce that Little Green Blog is a finalist in the BritMums “Brilliance in Blogging” awards (BiBs) for the ‘change’ category. This category is for bloggers who use their voices for causes, raising awareness and funds, and being a force for positive change. Britmums say “these bloggers did more than their bit, and helped us get involved too”.

I’m thrilled because it makes all those hours of sitting looking at a blank screen worthwhile.
I’m humbled because, well, just take a look at the amazing women who are in the change category; could there be a more humbling group of people to be standing alongside?

So I’d like to say thank you to everyone who voted for me and want to share my view that everyone is a winner.

Blogs have the power to touch another’s soul, to offer comfort, inspiration and support. The BritMums blogging community is second to none with bloggers who work tirelessly to promote their cause. And I wish ALL the finalists in all the categories the very best of luck!

Tell me; what’s the story behind your blog?