Update on my no spend month 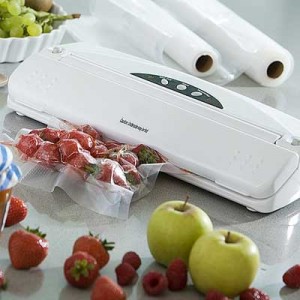 At the beginning of the month I decided to have a no spend month.

I’ve been eager to do this for a couple of years but never quite plucked up the courage to officially take part, much less declare it in public.

I don’t know about you, but a bit of public accountability can do wonders for motivation…

My first week has gone brilliantly, but I have to admit, it feels like I’ve done it a month already. It’s amazing what you do on autopilot.

No sooner had I made my declaration than I had the day from hell and decided to treat myself with a film download. I’ve been wanting to watch the film ‘Thrive’ for some time. However, I figured I have BBC Iplayer AND some favourite DVDs in the house already – any of which would be free to watch. In the end I settled down with a film on iPlayer and very good it was too. Phew!

The following day Little Miss Green announced that she needed some new ‘perfume’. I buy her Weleda’s rose deodorant, which at £10 a bottle isn’t exactly within the remit of ‘need’. What’s a Green, non-spending mama to do? Raid her essentials oil kit of course! I mixed up pure rose oil with witch hazel, spring water and a drop or two of benzoin as a fixative and hey presto; a new bottle of deodorant. It smells divine and Little Miss Green was thrilled with her instant manifestation.

Next up was a shopping trip which I was dreading. Little Miss Green was still off school and taking her with us usually involves some sort of impulse by. I went through the shopping list and even crossed off three things that were on there. I figured I’d make bread rather than buy it, we didn’t need ham, we could use cheese that we already had and instead of buying juice I was going to give it a miss – Little Miss Green is happy to drink water or herbal tea, plus there were several oranges in the fruit bowl that I could make fresh juice from. I had some dividend vouchers to spend so my first shop of the year cost less than £6. I went to the organic farm shop and spent another £4 on fresh veggies.

Later in the week I came across my first pitfall. I popped into Lidls and spotted a vacuum sealer. I had one before and it was brilliant and I honestly have been thinking about replacing it. And there it was, reduced to £20. I battled with my conscience for a while, picked up the gadget, put it down again, walked away, thought about it, went back and yes, I bought it. (In case you’re not aware, Lidls is the sort of store that has a line in for one week then doesn’t repeat that item for around a year, if at all.)

BUT, I figured it’s a long-term saving item. It will enable me to preserve our home grown food, should reduce food waste and will pay for itself in a month or two of use.

Did I NEED it? No, not strictly. But is it an investment? Absolutely, which is why it’s sitting here in my kitchen.

My rules for the no spend month were ‘no unnecessary spending’. I said I would buy just food, fuel and pay the bills.

Hmmm. What do you think? Did I pass or fail my first ‘no spend’ week?