A call to action to change the future of our planet

December 16, 2009 | Mrs Green | Comments Off on A call to action to change the future of our planet | Global events 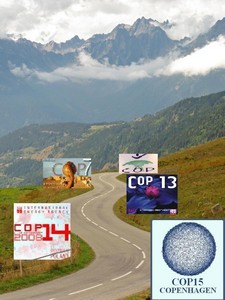 Within the next few days, 110 world leaders arrive in Copenhagen for 60 hours of negotiations

It’s time to add your voice to get leaders to act for a real deal on climate change.

Avaaz (an independent, not-for-profit global campaigning organization that works to ensure that the views and values of the world’s people inform global decision-making) are calling on us to to create the largest petition in history to be delivered by them at the Copenhagen summit.

Avaaz, along with our help are urging presidents and prime ministers to suggest fair, ambitious and binding goals for a real deal in order to stop catastrophic global warming before it’s too late.

Without a tidal wave of public pressure for a deal, experts agree the summit will not stop catastrophic global warming.

The campaign has over 11 million supporters and Avaaz want 15 million – you can help make it happen and be part of history!

At the Copenhagen summit, every single name on that petition will be read out to the leaders; they will have no doubt that the whole world is watching!

Millions watched the Avaaz vigil inside the summit on TV yesterday, where Archbishop Desmond Tutu told hundreds of delegates and assembled children: “We marched in Berlin, and the wall fell. “We marched for South Africa, and apartheid fell. “We marched at Copenhagen — and we WILL get a Real Deal.” Copenhagen is seeking the biggest mandate in history to stop the greatest threat humanity has ever faced. History will be made in the next few days.

Let’s tell our children we did all we could for them instead of telling them this: 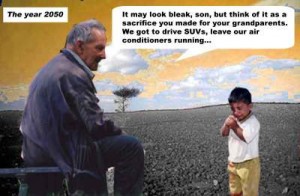 Please take a moment to sign the Avaaz petition for a real deal in Copenhagen.