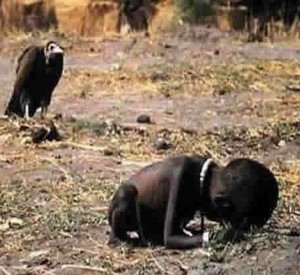 If you want to send a powerful message to our world leaders about world hunger, then here is your chance!

Increased flooding and drought is one aspect of glocal warming, which could result in millions more people across the world dying from starvation.

If you want to make a personal protest, The Greenhouse Neutral Foundation is asking people to participate in a global HUNGER STRIKE.

The aim of the hunger strike is to show global leaders they MUST sign a deal that will reduce global emissions. In the time it takes you to read this post, 10 people will have died from hunger related illness. During the course of the World Hunger Strike campaign there will have been 1,756,800 hunger related deaths.

Why not join in and add your voice for change?

You can gather sponsorship for your hunger strike, the proceeds of  which will be sent to not-for-profit organizations working to provide food and medical assistance for the starving people of the world.

Participants should be 18 years of age or older, but this is a great opportunity to tell our children about starvation and how it effects those less fortunate than ourselves.

The shocking photo, first published in 1993, shows a hopeless child crawling in the dust with a hungry vulture waiting patiently, absolutely certain that it would have carrion soon. The photo was taken by Kevin Carter who won a Pulitzer Prize for his photograph. Haunted by the vivid memories of killings, corpses, anger, pain . . . of starving or wounded children, of trigger-happy madmen…of killer executioners, Kevin committed suicide.