Carbon Accounting: What are Businesses doing to monitor their Carbon Emissions? 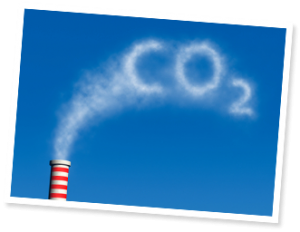 As a householder you’ll probably be aware of your carbon footprint.

Or if you don’t know your household’s footprint, you’ll have a vague idea of what it is.

Here at Chez Green we monitor our carbon footprint annually and set goals and targets to attain throughout the year.But what about businesses?

Last week I spoke about one corporation who have set themselves the ambitious target of becoming the world’s most sustainable major retailer.

When businesses are designed to serve the people, it can be easy to assume that they are also serving the environment in which they operate. However, as Epicor have found, 80% of businesses don’t even monitor their carbon emissions!

In the light of climate change and evolving sustainability regulations you would think that companies would be more up to speed with green issues.

Epicor decided to investigate the ability, willingness, and readiness of companies to identify their greenhouse gas emissions and have put all the results into this infographic: 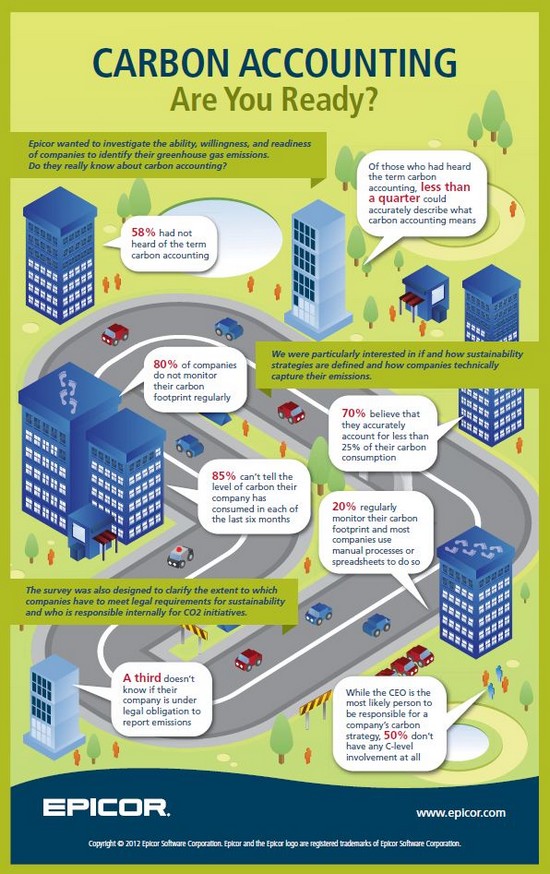 Out of those that were surveyed, only 58% had heard of the term carbon accounting and of those that had, only a quarter were doing something about it; shocking statistics during a time of reform.

Epicor hopes to works with businesses to help them measure and monitor their carbon emissions by providing them with the correct software and resources. Maybe this will help those companies, especially those who were unsure about government regulations, to effectively take responsibility and help the environment.

What about you – do you have any experience of getting involved with your company’s carbon accounting?