Shipping containers: where do they go? 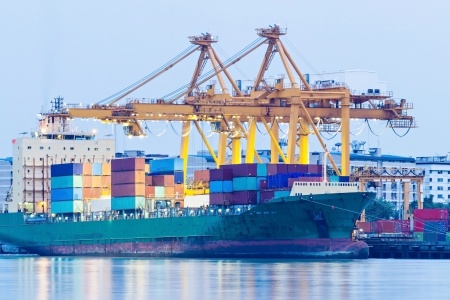 We tend not to think very much about how our food, clothes and supplies get from one place to another, but for the shipping industry one of the main concerns is not the crates that get to their destination – it’s the ones that don’t.

Among stories of ducks, shoes and even packets of Doritos washing up on a far-off shore after being flung from their hold at sea, the story of the average lost storage container is little-understood and surprisingly important.

Let’s start at the beginning, in 2004. A shipping vessel named the Med Taipei was transporting goods from San Francisco to Los Angeles – a cargo which included everything from children’s bikes to hospital beds. When the ship hit a patch of stormy weather, 15 crates were lost overboard, and the company was eventually forced to settle a fee of $3.25 million to the United States government on a charge of damaging the Monterey Bay National Marine Sanctuary.

A few months later, members of the Monterey Bay Aquarium Research Institute (MBARI) were laying new sensors for a routine survey of the ocean floor, when they came upon a large, heavy crate filled with tyres about 1280 metres below the surface. Discovery of these containers is rare, so the team saw it as the perfect opportunity to judge exactly what effect these boxes would have on the local ecosystem, and subsequently carried out the first detailed study of an underwater container.

How did they do it?

To take a good look around they used MBARI’s research robot, a large car-sized robot which they could tether to a cable and lower to around 4,000 feet (1220 metres) to take photographs and monitor the marine life. Diving expeditions were then carried out to assess the situation in closer detail.

So, what did they find?

One of the main difficulties to the team’s research was that the crate had in fact created its own local biosystem, as many creatures had been attracted to it after it had settled.  In this interview with Andrew DeVogelaere, one of the research coordinators, he gives an example using a large sea snail which used the new addition to its surroundings to lay its eggs. However, the box had also attracted octopi and crabs, which ate the eggs – meaning that there were far more empty shells on the sea floor around the container compared to the rest of the bay. Scallops were also found in large quantities.

Results from the sediment samples haven’t been released yet, and speculation has varied, so it’s hard to know at this point whether the shipping industry will be forced to reconsider its options when it comes to packing and carrying cargo. However, they were able to refute one thing – concerns about the rusting of container hinges were unfounded after testing showed this wouldn’t cause anything to spill out into the surrounding water.

What does this all mean?

While data is still being analysed, the expedition did open up a channel to discuss shipping practices with international groups. It’s thought that shipping containers spend over 50 per cent of their time empty, simply being shipped from one place to another, so motions to decrease this would certainly be a step in the right direction.

This report was provided by Mobile Mini, a company which specialises in transforming shipping containers into temporary office space. An active shipping container has a lifetime of around 15 years – more if it isn’t exposed to the harshest conditions the open seas have to offer – so it’s important that businesses look at increasing the longevity and therefore the value of each crate. By implementing transport safety procedures to match, the shipping industry can work on making sure fewer crates of goods end up on the ocean floor.