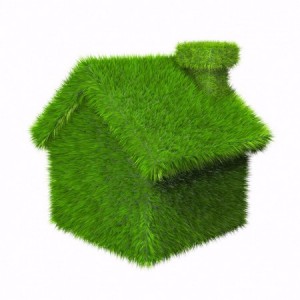 Britain’s housing stock is some of the oldest in the world and the lack of energy saving measures in many homes reflect this.

How does it Work?

An impartial advisor assesses how efficiency can be boosted in your home. The improvements are then financed and conducted by Green Deal providers .

The improvements are installed at no up front cost. Instead the cost of the improvement are added on to energy bills , which will be considerably lower thanks to the energy saving improvements.

Savings can be as much as £115 a year when having cavity walls insulated, or around £45 a year when installing loft insulation, according to DECC estimates.

The scheme’s ‘Golden Rule’ promise means that the savings made should always be high enough to ‘cancel out’ the loan repayments, so that no-one ends up out of pocket as a result of signing up to the Deal.

One of the best things about the Green Deal is that homeowners don’t have to pay anything upfront for the improvements made to the property. Everything is collected after installation via the energy bills.

One of the main thrusts of the scheme is reducing Britain’s carbon footprint to reach the target of an 80% reduction in emissions by 2050.

British homes and businesses waste nearly £3 billion of energy every year. By bringing homes up to scratch, this initiative will have a significant impact on the UK’s emissions.

It’s important for homeowners to remember that they need to be informed and signed up to the initiative in order to benefit.

Customers wishing to get in on the deal need to request a Green Deal assessment for their home.

What do you think? Does it sound like a good (green) deal to you?