Black gold – A call to action for Fair trade 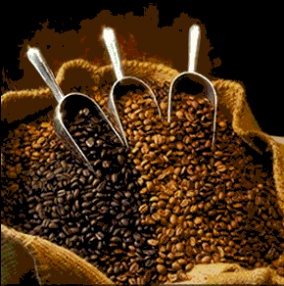 Last night Mr Green and I watched the film ‘Black Gold‘ which tells the story of coffee growers in Ethiopia.

This film really touched me. Although I’m not a coffee drinker, I feel that the film could have been about anything grown in developing countries – bananas, chocolate; anything that Westerners can’t get enough of and therefore exploit.

Little did I realise that coffee is traded so viciously on the market. After oil, coffee is the most valuable trading commodity. Prices are set in New York and the needs of the Ethiopian farmers are not taken into account; it’s simply a commodity to be traded for the best price.

I don’t remember facts and figures; I must watch it again and share some with you, but it would appear that Ethiopia have one per cent of the world trade market. If they were given 2 per cent, this would increase their annual income by $70 billion.

At the moment we are keeping them where we want them with just one per cent of the pickings and sending them $10 billion per year of emergency food aid.

These farmers showed the true spirit of human nature. Despite desperate times (1 woman gathered her ’emergency food aid’ pack, which looked like 50kg of wheat – enough to feed her family for 2 weeks) they didn’t ask for much. They simply asked for a fair and just price so that they could improve their lives.

Enough money to buy food, clothes and send their children to school are what they ask for. Their ‘schools’ are the sort of buildings that we would condemn and knock down – shacks in the middle of nowhere with no facilities for the children.

The film centred around a man called Tadesse who was the voice for the farmers. He travels the world to try and find buyers willing to pay a fair price for coffee in order to save his farmers from bankrupcy.

One CUP of starbucks coffee will set you back around £2.50 yet the farmer gets paid around 13p per kilo for his beans. From that kilo of coffee a coffee house can make 80 cups of coffee. Where is the justice in that?

Well now I know why coffee has a bitter after taste …

After watching the film, I said to Mr Green that I felt ashamed to be a Westerner.

A call for action

From now on I’ll be radially overhauling my attitude to food and food waste and looking to support fair trade even more. I’ll be looking at my daughter and giving thanks that she has so many wonderful opportunities in her life. And next time I want something, I’ll be asking myself if I really *need* it or whether it is some frivolous fancy and if I decide I *need* it I’ll be looking really closely at who I am supporting when I buy that item…

Meanwhile, Starbucks, Sara Lee, Proctor and Gamble, Nestle and Kraft were ‘not willing to comment’ when asked to give their side of things for this powerful documentary.

Have you watched a film, read a book or heard a story that has urged you to take action or make a lifestyle change?