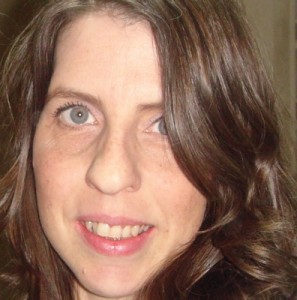 Over on the peaceful housewife, Jenny thought it would be fun to host a Natural Parenting Blog party. It’s a space for natural parents to get together and learn a bit about one another’s life and to hopefully connect and share in the future.

Being the perfect hostess, she designed a few ‘ice breaker’ questions and here are my answers!

How many children do you have, and how old are they? I have one daughter who is 10

Do you have a partner, or are you a single parent? I have a wonderful husband who is a true soulmate and my best friend.

What are your “hot button” parenting issues? I yell a lot. My daughter has shown me that I am, in fact, a very angry person with a lot of unresolved issues. She has been the angel to shine the light on these things and has borne the brunt of my anger – all she does is shower me with unconditional love and forgiveness as I figure out my stuff.

Have you made any parenting choices that you didn’t think you would make before you were a parent, i.e. cloth diapering a child when you had previously thought it was disgusting?

Gosh I am NOT the parent I thought I would be at all! I wanted to be very laid back, chilled out but my daughter needed routine. I wanted to be very calm and easy going, but my daughter demands firm boundaries otherwise she does not feel safe. I thought I’d have much more time to myself than I do (it’s ok if you laugh at my naivety on that one!).
Most recently I have bought DD an ipod and I already regret it…

Is there one book or person in particular that’s heavily influenced your parenting choices?

The one person who has heavily influenced my parenting choices is myself. I’ve learned to trust myself above all else and to connect with the Wise Woman within.

If you had to describe each of your children using only one word, what word would you use?

Is there one parenting decision that you regret more than others and wish you could change?

WHen DD was a few weeks old my mother thought I could do with an hour off. I hated leaving my daugter (we were practising in arms), everything felt wrong, I wanted to go back home, but dutifually stayed out for the hour to show my gratitude and when I got back my DD had been screaming for the hour.
My mother never called me and I felt absolutely dreadful about the whole scenario. It’s the one and only time my DD has ‘cried it out’.

Is there an area of your parenting you wish you were better at?

Responding rather than reacting

Now for the fun questions – is there one particular food or type of food that you could eat every day?

Greek Yogurt (and I do eat it every day)

If you could be part of any television show, which show would it be?

I’d like my own documentary (I’m not a team player!) on green living