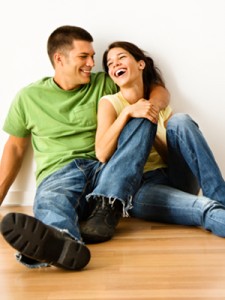 I just listened to an hours interview with relationships expert, Michelle Zelli on BBC Asian Network.

The interview was based on an article Michelle wrote called “The 7 year itch and how to scratch it!” which, as you might guess, is based on how to put the sparkle back into your relationship.There were plenty of callers phoning in with details about how they were ‘bored’ with their relationship, how they were having affairs, how they received no attention and how they felt they had to ‘compete’ with their partners families.

I’m fortunate to have been in a relationship for the past 12 years where the ‘sparkle’ is still very much there. The seven year itch definitely did not strike us! I was trying to figure out why this was …

There is, of course, the elusive ‘chemistry’ and I seriously think this is to do with luck – meeting the right person at the right time and falling in love at first sight.I don’t think there is a formula or anything we can do about that side of things.

Back on planet earth, being in a relationship does take work however and I think some of the keys for Mr Green and I are that we talk – a LOT. We talk about the uncomfortable stuff, we question one another, we talk about the heavy stuff, the taboo subjects – we refuse to sweep things under the carpet and pretend they are not happening.

Another common complaint amongst couples is taking one another for granted. I’ve put dinner on the table for 12 years. Mr Green has chopped wood and carried it inside for 12 years. I’ve kept the house (relatively) tidy, he’s washed up – we never take that for granted. Sometimes we swap jobs but most of all we say ‘thank you’ on a regular basis and show gratitude.

Another thing that came up from Michelle’s callers was a feeling of not being significant. I think this is a huge problem for a lot of couples. Generally the husband feels the woman nags and the wife feels the husband doesn’t give her any attention. What can happen is the woman looks to other men for attention and the man looks to other women who are more ‘easy going and fun’ to be with.

I noticed from hearing the callers that many seemed to want a magic answer. They were looking for that elusive thing they had not yet done which would magically turn their relationship into a hot bed of passion and sparkle. Few seemed to have really talked to their partners and many were considering, or were having an affair.

I started to think about our culture and what this says about us. My parents generation would not dream of  ‘giving up’ and having an affair as easily as we do now. I’m not saying we should endure a 40 year marriage if it is abusive or erodes our self esteem, but maybe a little ‘work’ and sticking power would be helpful.We live in a disposable society which encompasses relationships as much as convenience food.

Most of all, I really feel that open, honest communication is the key, along with a healthy dose of gratitude and giving one another time and quality attention.

What about you? What are your secrets to a sparkly relationship? If you’re struggling to find the passion and love, why not contact Michelle for a free consultation – she might just be able to help you save your relationship: 07525 208 369