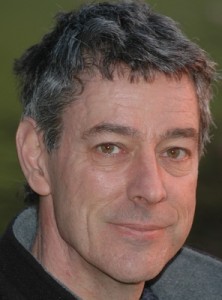 No weight loss for Mr Green, a second week running. This doesn’t bother him too much, but ultimately, he would like to shift 3 or 4 more pounds from around his stomach. I suggested that sit ups or exercises to tone that area might be a good idea to do along with his diet.

This week was unusual in that we did a garage declutter. It was a week long event, in support of WRAP’s Recycle week. Our aim was to reuse, rehome, and recycle as much as we could, while keeping landfill waste to a minimum.

This meant a lot of physical effort and Mr Green was concerned about his energy levels after last week.

On the first day I made some soup, using up veggies from the ‘fridge. Mr Green had that along with bread for lunch. By the evening, and in considerable pain from aggravating an old back injury, he couldn’t face salad. Curry it was, along with a beer as a reward for a long days work.

But by Tuesday, with a rejuvenated sense of willpower and a discussion about what might be going on for him, he decided to tackle things again with renewed vigour.

Out went all forms of animal protein and in came the seeds and salads. He ditched meat again along yogurt, cheese and butter and went straight into rabbit food.

By Thursday he was feeling more energetic, had lost another 2lbs and his eyes were no longer dry and sore. He wasn’t bouncing out of bed at the crack of dawn, but his energy levels were certainly improved and he was sleeping well at night.

It’s been an interesting two weeks. Last week he reckoned he needed meat, this week he believed animal fat was stopping him losing weight and zapping his energy.

We’ll have to see how it goes after another week of a high raw diet!