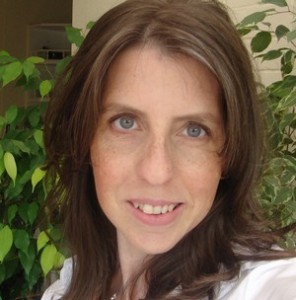 My good friend, Small Footprints is at it again.

Once again she is looking in my mind and searching about for clues.

This week she has uncovered one of my weaknesses and she’s holding up a mirror by challenging us to become activists.

At the beginning of this year I made a pact with myself. I decided to ‘up the ante’ and instead of putting non recyclable packaging in landfill, I’d save it all up and return to the manufacturers with a covering letter.

I envisaged responses from the CEO ensuring me they would be making changes.

Well I did this for january and February and to say the results were disappointing were an understatement.

I went to the trouble of writing directly the CEO where possible, after someone told me they were obliged to answer. Alas, most of my responses were directed to customer services where I was given the bog-standard spew of political talk. But most of my letters were ignored.

I even had one company who sent me a replacement product, complete with crap packaging as some sort of ‘apology’

but I kept saving the packaging.

And now I have 3 1/2 months work of non recyclable packaging that is on its way to landfill unless I do something about it.

Only last week I decided I’d had enough, I wasn’t going to be a martyr any more. It was taking me about a day to gather together, package and write the letters for a month’s worth of packaging and I though there had to be a more productive way to spend my time.

but now Small Footprints has got me thinking and she’s walked straight into my conscience and tugged at my heart strings when she wrote “The idea, here, is to take action and make your voice heard on behalf of the environment and all of it’s inhabitants“.

So how can I stop now? How can I give up hope and just dump my stuff in landfill when maybe one of my letters could make a difference? How can I let the environment down, because Mother Nature needs us to stand up for her and her rights.

This coincides perfectly with a story I read this week in Positive News, in which it was reported that Bolivia is to become the first country in the world to give nature legal rights in an effort to halt climate change and the exploitation of the natural world.

So, my challenge to myself this week is to go through that drawer of ‘rubbish’ and send it back to the manufacturers with the plea that they use something more sustainable in future. I may be gone some time …