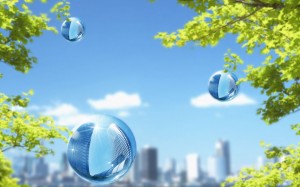 Professional environmentalists often agree that some of the most impressive, effective methods of Eco-friendly reform aren’t happening at the national level – they’re happening in smaller, local communities who’ve taken it upon themselves to go green with more zeal and wholeheartedness than their federal administration.

Across America, a few cities in particular stand out.

Here are the top five:

The undisputed champion of nature friendliness, Portland has no paucity of green initiatives squished into 145 square miles of land.

It’s calculated that more than 25% of its residents get to work on a bike or through public transportation, and over 35 of its buildings have been authorized by the U.S. Green Building Council. No other city comes close to those numbers.

Considering its incredible population density and perhaps even greater pigeon density, it might come as a surprise as to how NYC manages all its waste.

City regulatory bodies have done a terrific job in requiring building to use less energy and creating an expansive, easy-to-use public transit system that nearly anyone can access.

The open-minded culture that permeates Northern California is, unsurprisingly, wholly conducive to the green-consciousness of San Franciscans.

While certainly not the bustling hub that is New York City or San Francisco, Burlington is one of the Northeast’s crown jewels for energy efficiency.

The state capital has a number of programs in place to help homeowners and businesses reduce their carbon footprint, as well as huge, agency-protected plots that are designated for compost production, wildlife preservation and farming.

Few cities are as walkable and green as Savannah. Boasting 22 tree-lined squares that date back to 1733, it seems that nature friendliness is in its history.

See your city on this list? Who did we miss? Let us know in the comments!