What *really* happens when you recycle your mobile phone? 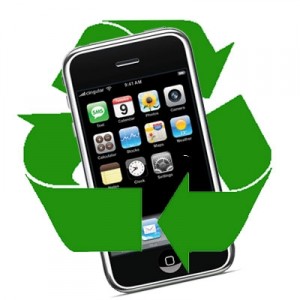 Have you ever wondered what *really* happens when you recycle a mobile phone?

Does it end up taken apart so the precious metals can be salvaged, transported to other countries or even secretly dumped in landfill?

It’s been something I’ve wondered about for a long time and now I’m about to find out first hand thanks to O2 and Redeem.

Most people send their phone to a mobile phone recycling company, receive their cheque and think no more about it. I’m recycling my mobile phone, and am fortunate enough to be able to track exactly what happens to it.

Simon from Redeem tells me that they receive thousands of phones every week. Initially they are graded, monies are paid and then the interesting work starts.

Depending on make, model and condition your phone might end up in Asia, the Middle East or India. If it’s a high grade smart phone it could even be sold back in the UK. Phones that have seen better days ARE taken apart to reuse the metals and plastics, but the majority are reused for people who cannot afford new mobile phones.

Much of Redeem’s work is done in areas where third world countries do not have landline infrastructures, but mobile phone technology is there. And there have been some wonderful stories to come out of Redeem’s work such as African people being able to keep in touch with friends and families for the first time ever. Or Asian adults who have been able to improve their standard of living and work prospects by being able to get in touch with businesses for interview or job opportunities.

So you see, even if ‘saving the planet’ isn’t your motivation for recycling, perhaps having a bit of money in your hand and changing the life of someone less fortunate than yourself might spur you on to clearing out your drawers and cupboards to send off your old mobile phone for recycling.

I’m tracking an old Blackberry. It’s seen better days and has scratches on the screen. All I need to do is take it into my local O2 store or send it back in the post for recycling. I’m sending it back in the post as I rarely visit my local town. You can do this for free and all the details are on the O2 Recycle site. I’ve found out my phone is worth around £32, and that’s even with scratches on the screen, but instead of bagging the money, I’ve opted to donate it to O2’s Think Big initiative for young people which is simple to do online.

I’m also going to put a note in the back of the mobile, just on the teeny tiny off chance someone might reply to me – it’s a bit like bookcrossing for mobiles or the 21st century version of a message in a bottle!

I’ll keep you posted on what happens…