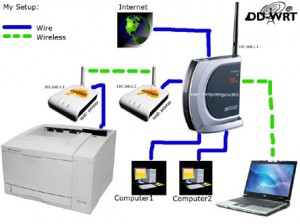 I love a good challenge, especially one that is going to help the environment AND save me money.

A week ago I took an electricity meter reading. It was 6364.

For the past week I’ve been living life as ‘normal’ here at Chez Green and monitoring our electricity usage by taking daily readings; with the aim of reducing it over the next three weeks. I didn’t tell Mr or Little Miss Green about the challenge so that they wouldn’t start trying too early! It was hard because I wanted to improve straight away, but I’ll own up to some of the bad habits  I’ve noticed we’ve been indulging in:

In a week our electricity meter showed 6455 which means we’ve used 102 kwhs of electricity.

For the next three weeks I’m going to take weekly readings and see what I can do to reduce our electricity usage. Ideally I’d like to get it down to 10 units or less a day which is 70 kwhs per week.

It’s a difficult time of year because it’s not yet cold enough for the wood burner to be on all the time, but it’s chilly in the mornings and evenings – hence the electric heater. Fortunately we’ve had 2 or 3 fires this week, so I’ve only had to put the immersion on once; the other baths have been courtesy of the wood burner…

In addition, as I mentioned last week; I have a tree full of apples so I’m dehydrating them most days which is adding a couple of kwhs to our daily usage.

For this week I’m going to really focus on the first four items on the list.

Turn off the router

You’ll be excited (or horrified perhaps) when you hear what I’m planning to do about the router. I’ve honoured my weakness and have put my money where my mouth is by investing in a remote control unit! This means, when I’m lying in my warm bed thinking “I should have turend the router off”, instead of having to get up and walk downstairs (you can guess I don’t bother) I can just flick a remote control from the comfort of my bed and shut it all down. Yes it’s the ultimate in laziness, but there we are; it’s set up and ready to go. It will turn off the printer, router, telephone, my laptop, wireless mouse, keyboard and Mr Green’s computer all in one swoop.

I’ve even worked out, being the scientific chick I am, that this unit will pay for itself in 187 days – not a bad investment 😉

Leave the heater off

I’m going to toughen us up to the cold, wear extra clothes and say no to the heater (except when my reflexologist comes for my treatment; I’m not going to be cold for that otherwise I might as well not have the treatment).

I’ll be the lights police to see what a difference we can make as a family and give LMG the job of closing the curtains once the bunny has been put to bed.

Already this morning Little Miss Green reached for the heater switch. I told her to put more clothes on. We argued. I insisted. She wrapped up in Dad’s oversized cardy and got snuggly…

I’ll be back next week to compare my reading and see how much difference these 4 changes can make to our electricity consumption.

What about you – what are could you improve on to reduce your electricity usage?

Here’s my table of what we’ve used this week: 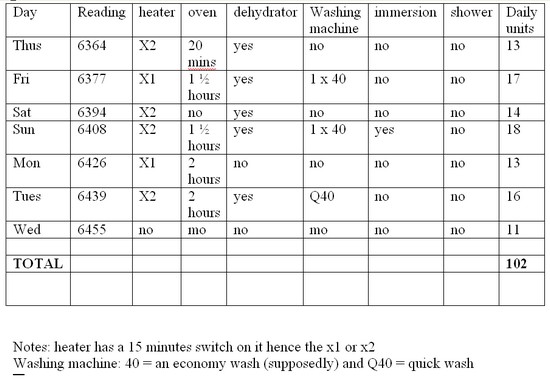