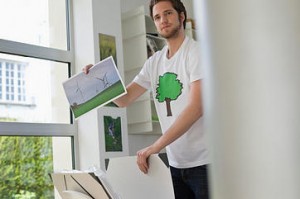 Back in 2009 I took part in a local group of people committed to reducing their carbon footprint.

My wishlist of goals to achieve was:

I’m pleased to say we’ve managed to achieve several of them:

Achieved in 2009 and what a big difference it’s made to the warmth in our home.

Not done, but we’ve put our thermal lined curtains in and this year we intend to replace the door.

Not done; would still consider this but not entirely sure it’s necessary. (An EcoDan is an air-to-air form of heating, in case you’re wondering!)

Done! Our new one is wonderful and was put in during 2010; we use about a third of the wood we were using and it’s 12kws, so heats the radiators and water during winter.

not done, but we have everything we need to put it in place – from Freecycle!

Not done; we only have a tiny loft space – I’m not sure the upheaval of doing this job would make that much difference.

Done! Again, it’s made a huge difference to the warmth of our house

Done! Amazing; one of the best things we ever did as it means I no longer need to put the immersion heater on every day.

This week, for our Change the World Wednesday challenge, small footprints has asked us to create our wishlists for 2013. She wrote “This week start an “Action” journal. List the Eco-tasks you’d like to accomplish this year. Get the whole family involved since we’re often more inclined to follow through on a task if it was our idea in the first place.”

This year we have a few goals as follows:

What about you? Any goals, big or small, for a greener and more sustainable 2013?