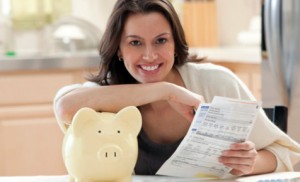 We had an electricity bill and was surprised to see, that for the first time in about eight years, we owed our company money, rather than other way around!

We pay a agreed monthly amount but for some reason we’re using more. It could be to do with price increases of course, but I’m well aware that leaving lights and gadgets plugged in is something we’re all guilty of at home.

It’s so easy to leave something on, to think you’ll be popping back into the room later or to simply forget.

So the ‘real time’ electricity monitor is back on again and every time I work in the kitchen I can see a live reading of how much electricity we are using. These gadgets are great for discovering energy vampires once you know your average ‘base rate’ for consumption and they allow you to see if you’ve left something on that is guzzling heat such as the immersion heater or electric room heater.

You might remember a few weeks ago I gave myself an ‘F’ for our Change the World Wednesday challenge – we were asked to eat locally and I totally failed.

Well I discovered this week that the UK really DOES get an ‘F’ for energy efficiency. According to Direct Blinds, World Energy Map only 3.92 of the UK’s energy comes from renewables and we don’t even appear in the list of top ten world leaders in renewable energy and CO2 emissions. 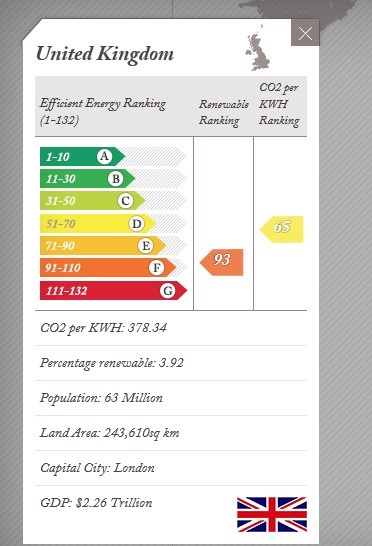 The interactive map shows me that our near-neighbours Iceland have a thing or two to teach us, but of course they can get hot water out of the ground over there, with no need for non-renewable heating!

After learning how the simple choice of whether to use a saucepan on the hob or a plate in the oven can make a difference, here are five of the things we’re focusing on:

What about you – do you need to rethink your electricity consumption habits or do you have any great tips I could use?