Renewable Energy at home – which option to choose 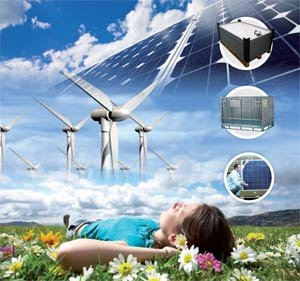 If you’re ready to invest some money in renewable energy at home it can be a bit of a minefield.

From wind turbines to solar, heat pumps to biomass, there are so many opportunities to harness and generate green energy it can be a job to know where to start.

We started with running a wood burner and moved onto solar panels as they seemed the most straight forward and simplest technologies to understand.

We started with a wood burner which heats 7 radiators and the hot water during the winter. During the summer months we have to use electricity for hot water as we don’t want the wood burner running. The way around this would be to install solar water heating but this is outside our budget at the moment.

For solar we installed two small panels to run the downstairs lighting. The bulbs are LED which require much less power than even CFLs. We applied for free solar panels but were turned down because we don’t have that perfect south-facing roof. Ours is South West, but our garage DOES face south which is where we’ve put up our own panels. Mr Green has rigged them up to car batteries which store the power until we’re ready to use it in the evenings.

Now I’ve seen solar panels in action and benefitted from the reduction in energy bills I’d like to add more. I’m not looking to run the entire house just yet, but my next goal is to be able to surf the net via solar. I’ve got a low energy laptop and we’re currently looking at routers. I’m not really sure what to look for but I was wondering if such a device existed where the router shut down when you weren’t surfing. I write articles in a text editor so might be ‘offline’ for an hour or so while I write. It makes sense to me that during that time the router is asleep rather than tracking for information. Our current router gets very hot so it can’t be efficient to run.
I’d love to hear your thoughts on any energy efficient routers you’ve come across!

An air source heat pump is something we’ve considered too. A neighbour has one and thinks it’s wonderful. Although they still require electricity to run, it’s far less than running electric heaters in your home. They work by extracting latent heat from the ambient environment outside which is transferred to the inside of the house via a heat pump.

Mr Green also has his eye on a small wind turbine. While people across the country are throwing up their hands in horror at the thought of a wind farm near them, we say “Bring it on!” I think they look so graceful and are a brilliant idea. Wind turbines harness the power of the wind to generate electricity and are a fantastic option on a small island like ours. You can buy small ones that fit onto the side of your roof.

Another friend has ground source heat pumps in his garden. I can’t begin to tell you how amazing this is. He was lucky enough to do a self-build, so was able to install geothermal for under floor heating and hot water from day one. Ground source heat pumps are a series of pipes buried under the garden that extract heat from the ground.

Renewable energy companies such as Good Energy can give you advice on all the choices available to you. One in seven of their customers already generate their own renewable energy and their vision is for this to be a true statistic for the whole of the UK.

What about you – do you have renewable energy at home? What would you like to install?