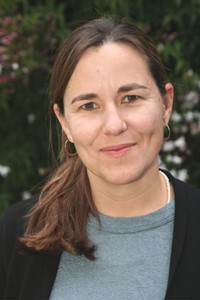 Annie Leonard was in the UK recently and I had the opportunity to interview her. Creator of the “Story of Stuff” which has been viewed over 10 million times, Annie has written a book expanding on the issues raised in the film.

I wanted to ask her about the huge success and interest in her film and what she thought about the future.

The Story of Stuff

Why do you think your film has been so well received – what made the difference between you getting 10 bored viewers and 10 million fascinated ones?

“It’s such a mystery to me! I thought that 50,000 views would be a success and didn’t expect it to go viral to such an extent. The film was created from a 1 hour talk I give and it was so painful to reduce it to 20 minutes. Through cutting out information the video became aimed more at US citizens but was I shocked to find we had responses from people all over the world. When I last checked Google analytics, we’d had views from 223 countries.

I think one of the things that made it a success was its refreshing style. By using cute, engaging cartoons instead of something heavy laced with fear and guilt, people felt compelled to watch.

Also, the moment was right! In the US many people are becoming aware of a gut feeling that how we’re living is not sustainable. We’re seeing more scandalous stories such as lead paint in toys, we’re scared to let our kids outside because we don’t know our neighbours, 1 in 3 of us will be affected with cancer. All these things mean we know, on some level, that things aren’t looking good if we continue with our current lifestyle.

Many people who have contacted me said that they knew a lot of the information, but they just didn’t know how to voice their unease. “The Story of Stuff” gave voice to that unease.

Finally, the Story of Stuff allowed people to see the bigger picture. Lots of people were working on, or aware of, one part of the picture such as protecting forests, reducing garbage or getting rid of toxic chemicals in household products but they hadn’t seen how it all fitted together. By creating the film, I showed how all these things are interlinked.

Do you think Western society believes consumption is synonymous with freedom?[amazon-product align=”right” small=”1″]1849010382[/amazon-product]

Although we have the ‘freedom’ and the ‘right’ to buy anything we want, we do not have the right to purchase any product no matter how toxic it is. We need to think through our purchases and do research before buying them.

Consumption and the economy

How would you answer someone who says that a reduction in consumption would be disastrous for the economy?

I think the economy is doing a fine job of destroying itself! We need to look at which parts are and aren’t working in our current economic model. This is the perfect time to look at the economy from a financial but also human health and planet perspective too.

We are currently trashing the planet by consuming so much of it. What we have to realise is that the economy is a subset of the environment. The economy needs the environment in order to survive and our economic future needs to be one based on sustainability rather than undermining the very thing it requires.

What would be the long term implications of continuing with the same attitudes to consumption that have dominated culture, trade and economics in recent decades?

From all the environmental data we have, whether we focus on climate change, dead zones in the ocean or health, the trajectory is not good. It’s clear that we are living in an unsustainable way and need 1 ½ planets to sustain our current way of living.

I read recently that if we continue like this, the oceans will be devoid of fish by 2050 and we know that humans are born pre-polluted!

But through all of this doom and gloom I feel a sense of hope. We cannot continue in this way and we HAVE to change. The question is no longer IF, but HOW. We have a choice to figure things out now and make changes or refuse to budge. I feel hopeful we will look at our current model, see that it’s not working and make positive changes.

Only last night I was told about some shrimp fishermen who were crying about the recent oil spill. They know that their way of life has been destroyed FOREVER yet still we are looking at offshore drilling and putting changes in place so accidents don’t happen again. What we should be doing is investing the oil we do have left in creating a new infrastructure.