A simple step towards a greener future 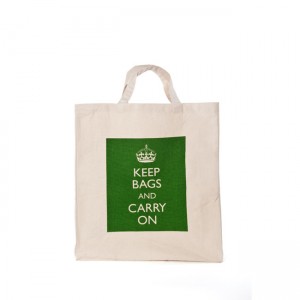 I’m interviewed a lot about our lifestyle, in particular the aspect of reducing landfill waste.

The first question people ask is ‘Where did it all start?’

And it’s a pretty simple story that I think many people can relate to.

In 2008 I set myself a new year’s resolution to recycle more. At that time we weren’t doing any recycling at all – anything we no longer wanted ended up in the bin; even newspapers and glass bottles – all of which could easily be responsibly disposed of.

I mentioned my idea to Mr Green and he was completely against it. Not just a little reluctant, not even ‘well we’ll see how it goes’ but total refusal.

This made me even more determined to succeed. At our kerbside we could recycle paper, tins and glass so I started to separated them from our waste stream. The trouble was, by the time a beer can had been covered in vegetable peelings and soggy teabags the job wasn’t nearly so appealing as I anticipated.

After three days, pretty much like many people and their resolutions, I’d given up.

Later that year I saw a story in the newspaper about the effects of disposable plastic carrier bags on marine life. There was a picture of a turtle that had swallowed a bag and it faced a slow, painful death.

When I showed this article to Mr Green he cried. Yes, dear readers, he actually shed tears with the realisation of the harm we were doing to innocent creatures on the planet.

Although it seemed far-fetched at the time, my beloved husband said “That could be MY carrier bag!”

From that moment on he said he was never using another plastic carrier bag ever again – and he hasn’t.

So our first investment into our new ‘zero waste’ lifestyle were reusable cotton bags– similar to these ones from Bag It Don’t Bin It.

The Bag It Don’t Bin It team produce a selection of ethically sourced bags that can be printed with your own design; you may have seen them in shops or had one given to you at festivals to promote a particular brand or product.

Bag It Don’t Bin It recognises that many industrial processes and practices are harmful to the environment and exploit the world’s natural resources. They are on a mission to change the nation’s habit of using plastic bags and as such are a zero waste company with a strong Environmental policy – including eco-friendly transportation for their bags, minimal packaging and minimising the use of paper in the office.

I’ve tried my fair share of reusable bags and it’s important to try different ones to see what suits you. I like small cotton bags that can be scrunched up in my handbag so I know I’ve always got something with me, but I also like jute ones with a level base as these stand by themselves at the checkout; making them simple to pack. And I’m fond of bags that fold up into a small pouch with clips on so I can attach one to my keys or belt loop.

What about you – have you made the switch from disposable plastic bags to reusable ones and have you found a particular type you like?