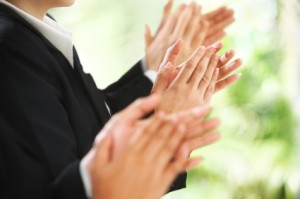 This week over on Reduce Footprints, we’ve been asked to share our proudest ‘Green’ achievement.

I know this is going to be terribly difficult for most people, because let’s face it; none of us really enjoys blowing our own trumpet. I think the majority of us are modest souls who are doing what we do because we believe it, in our hearts, to be right.

Or it might be that you do something without thinking, something that has become so second nature, you don’t even realise you are doing it.

I guess my proudest moment should be this one: 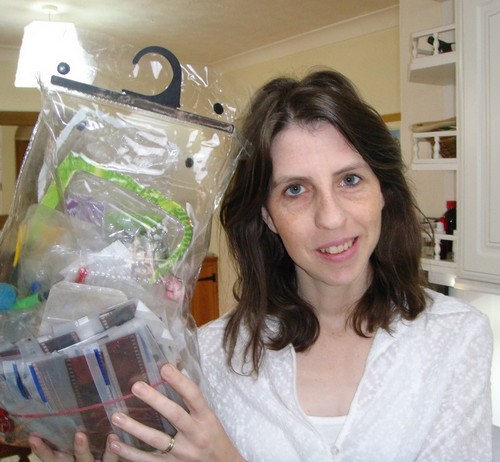 Do you know what that is a picture of?

It’s a photo of me with all the landfill waste we accumulated last year.

Instead of throwing away 2  1/2 bins per week (which is what I was doing at the beginning of 2008) we got it down to 550gms for the year. Everything else was reused, recycled, composted or we refused to buy it!

This story, as you might imagine, generated a substantial amount of media interest. Some interest was curiosity at the weird family who clearly don’t eat and live in a sess pit of rotting waste to genuine interest from TV, radio and newspapers who really wanted to know ‘how we did it’.

Our story has featured in two documentaries and we’ve had the opportunity to share our story with people all across the world from England to Italy to America and the US.

The most wonderful thing is the amount of emails I get from people who have been inspired to try and reduce their waste too. I get letters from people who have plucked up the courage to take their own reusable containers into local shops. I get to share in the celebrations of people who have finally found a way to remember their reusable bags. I get overjoyed comments from mothers who have switched to reusable nappies or from women who have tried the mooncup. They write to me because they know that I will join in with their celebration and be genuinely thrilled to hear about what they are doing.

We don’t expect anyone else to do as we have done, but our campaign centres on showing what a dedicated family *can* achieve if they work together and put their minds to it.

Just imagine if we had that same level of commitment from local authorities, Governments and manufacturers. Together we could, without doubt, change the world.

And that’s what our message is about:

No one can do everything,
Everyone can do something
Together we can do anything…

Go on, blow your trumpet – tell me about your proudest green moment. Perhaps you started a compost for the first time or purchased organic food. Maybe you stopped driving a car or added solar panels to your home. It could be as small as carrying a reusable bag or as large as building an energy efficient home. Whatever your proudest Eco-friendly achievement is … we want to know about it.