Declutter, spare the landfill and make some cash 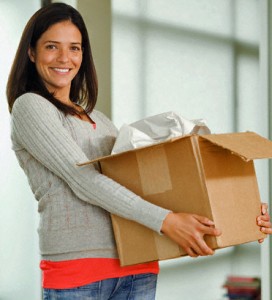 As you might be aware, decluttering is an on-going mission of mine.

I once stayed on the FlyLady bandwagon for the best part of a year, but I fell off and now I feel like I’m back at square one again.

If you’re trying to achieve any goal in life, a reward is good motivation. This got me thinking about how to combine decluttering with making money. Not only will this line my pockets a little but it means I can keep things out of landfill too, which is always top of my list of priorities.

Here are some ways I’ve sold my clutter before and I’d love to hear your suggestions.

Last month, for the first time ever, I took some items to an auction – a dining table, a sewing table and several smaller items such as crockery and ornaments.

This was a huge relief for me because most of these items belonged to my Grandmother, so I’d been holding onto them as sentimental items. The reality was they were stored in boxes in the garage and unloved.

I figured I could connect with my Grandmother any time – I don’t need ‘stuff’ to remind me of her – so I just kept one ornament and a couple of pieces of jewellery that I love and will wear; the rest I let go.

In the end I was £97 richer and it was hassle free. I took the items to the auction and 2 weeks later picked up the cash. The auction house took their cut and we were both happy.

I don’t personally like the hassle of eBay. One of my bug bears is packing things up, weighing them and standing in a post office queue to post them. However, I HAVE been successful on eBay in the past.

I used to think even if I made £1, that was £1 more than I had before, but now I’m not so sure if my time and stress is worth it.

If you don’t have the time to list things on eBay yourself, and have items that are likely to sell for at least £50, you can use a Trading Assistant. Trading Assistants are experienced eBay sellers who will sell your items on eBay for a fee.

Apparently there are millions of unused mobile phones hiding in drawers and cupboards throughout the UK. Unfortunately, once you decide to get rid of them you need to do it responsibly; mobile phones contain many potentially toxic materials, that can leak out into the environment through landfill or incineration. On top of that, it doesn’t make economic sense to throw them away when you can get cash for mobile phones through sites like Top Dollar Mobile.

By recycling and reusing mobile phones, you are helping reduce levels of electronic waste that could pollute the environment AND assist people in poorer economic countries, as many phones are reconditioned and sent to areas which do not have landline infrastructures. Our old mobile phones can literally become a lifeline for others.

All you need to do with TopDollarmobile is enter the make and model of your phone to find out how much it is worth (TopDollarMobile won “Best Overall” from a selection of the highest paying phone recyclers in the February 2011 issue of Good Housekeeping magazine), then send them your phone – using the freepost envelope they provide – and wait for your money to arrive. It couldn’t be easier!

We have a couple of secondhand clothing shops nearby. I prefer these to eBay because I don’t have to spend time listing items; I can just drop them off at the shop and they’ll deal with it for me.

Each shop takes 50% of the asking price and you get the other half, so you get less money but it’s less hassle to sell. Anything not sold can either be picked up by you within a fortnight or it goes to a charity shop.

What about you? What is your favourite way to declutter and make some money? I’ve not had the courage to run a garage sale – have you ever done that?