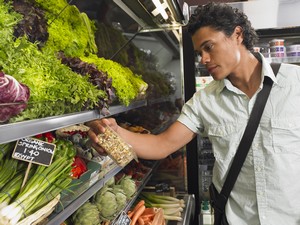 While there are some people who don’t care about being obese, there are others who get extremely depressed about their weight. If you’re someone in the overweight, obese, or morbidly obese category, how do you feel? Do you try and take active steps towards losing weight and constantly worry about each meal you have, or do you have a more carefree attitude? Ideally, you should care about trying to become healthier but not to the point where you endlessly feel down about it.

According to a leading online healthcare provider, 121doc, stress is one of the biggest factors that contribute to weight gain. Below are some simple, yet very effective ways to help ease those stressful thoughts about your weight.

Get out of a “negatively focused” mind-set

Before you try and shed the pounds, you need to readjust your internal thought patterns. There are too many people who either do this the wrong way or don’t have enough patience to practice the techniques. If you tell yourself you’ll feel a lot better once you’ve lost the weight, will you ever actually hit your target weight? If you don’t, why not? The majority of people with weight problems obsess over food, diets, fat and calories. This is called being negatively focused, because your mind is fixated on trying to sort out the problem.

The key to attracting positive thoughts about losing weight is thinking about the solution. You may be thinking that both these things sound the same, but there is a distinct difference. For example, if you keep telling your mind to stop eating junk food, it tends to do the complete opposite because it has an uncanny attachment to negative thoughts. So it lodges the words “eat junk food” into your mind.

If you find yourself saying the following all the time, “I’m fat – I’ve tried to lose weight but nothing ever seems to work,” you’re coding your brain with negative self-affirmations. These affirmations can soon become self-fulfilling prophecies, particularly if they are attached to strong emotions. Why not try saying, “I am becoming fitter and healthier” on a daily basis. The more you say stuff like this, the more it’ll end up becoming true.

Don’t be this person

Here is an example to better illustrate the point: suppose you only intended on having one portion of chips at your friend’s party, but ended up eating several portions along with burgers and ice cream. What’s the very first thing you’re likely to affirm to yourself? If you’re stuck in a negative mind-set, it’s probably something along the lines of: “I just can’t control my eating habits. What’s the point of trying – I keep failing. There’s no harm in being a bit fat anyway.” If you say stuff like this, you’re most likely to say it in a frustrated or defeated manner, two types of affirmations that brain loves to soak up. If this sounds like something you’d say, don’t be so harsh on yourself because you can still eat a healthier diet for the rest of the week.

Another simple way you can use positive thinking to reach your target weight is to use lots of visualisation. As we already know, the mind cannot distinguish between real practice and practice that is well thought out. Why do you think the East Germans and Soviets dominated several Olympic sports during the 70s? Of course they were talented but they were also known for repeatedly using structured mental rehearsal. Now, how can you use similar techniques to help you lose weight?

Most importantly, you need to have a very strong desire for losing weight. If the end goal isn’t very appealing in your mind, you’ll never be motivated to start your weight loss journey. Use creative visualisation by repeatedly seeing yourself looking fit and lean. Additionally, continue to use positive self affirmations, such as affirming that you already have a healthier physique. If you do this on a regular basis, you will slowly manifest the exact same body image in reality.