Today, after telling Mr Green about some of the devastating effects on our marine life caused by plastic waste, he made a pledge.

We were on our way to the shop at the time and he said ‘That’s it. We have to refuse carrier bags from now on. And if we don’t have something with us, we have to struggle carrying it until we feel the pain and start remembering to take the alternatives with us.’

Well that stopped me in my tracks!

Let’s just say that it has been my objective observation that I tend to forge ahead with great ideas about saving the world and Mr Green reluctantly supports me, just because I’m me and he’s a little biased 🙂 I secretly wonder whether he would bother otherwise.

So to hear him making such a statement was music to my heart.

I had been telling him about some turtles that had starved to death. They had accidentally eaten some plastic (believing it to be their natural diet of jellyfish) and had been found with plastic wrapped around their stomachs. A slow and painful death no doubt. 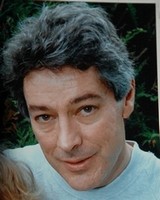 Closer to home a whale was washed up on the coast of North France with 2lbs of plastic in its stomach. Bearing in mind the weight of plastic, that’s a lot of waste……….

Over here, in Cornwall, Gannets have been found killed by becoming entangled in plastic around their legs and wings. Unable to fly or swim, they drown.

I think the final straw came in yesterday’s local paper where there was a picture of a deer (we have a few wild ones around here) with his antlers tangled up in orange builders netting. The response from the Forestry Commission was that they were ‘hoping that he will cast off his antlers, as they do this time of year, and free himself from the builders netting that is caught around them.’

I  guess they have other, more important things to do.

Today then, we went into three shops, our local Co-Op, the butchers and our farm shop. The lady at the checkout in the Co-Op automatically started to pack our things in a shiny, new plastic carrier bag. Mr Green told her he didn’t want one and she was fine about it. The Co-Op are pretty forward thinking when it comes to the environment anyway and have recently been promoting their fair trade cloth bags. I DID happen to have an Onya bag on me, so everything was carried without any major 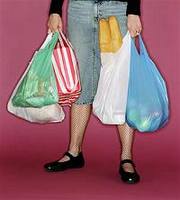 In the butcher, I was getting scraps for the cat, so obviously it ended up in a lightweight plastic bag, but we refused the extra bag he wanted to put it in to stop it dripping. Fortunately, it didn’t drip – phew! I’m wondering if I might take a plastic container with me next time and get them to fill it. I’m just not sure where ‘health and safety’ might come into this – the world has gone mad over things like that recently

In the farm shop I already have good habits in place; so why I don’t follow these in ALL shops I have no idea. We are such creatures of habit aren’t we?! I always take old paper bags, a box and a cloth bag with me.

All we need to do then is pretend we are going to the farm shop every time we shop and we’ll do alright! Either that or I’ll have strong arm muscles in a couple of weeks time!