An update on my rubbish challenge 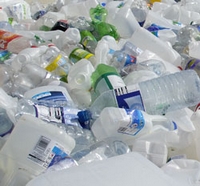 We’re nearing the end of April already. If you’ve followed previous posts, you’ll see that I signed up for a few challenges to keep me occupied. And have I learned alot about myself in this time!

I set myself a Rubbish Challenge. I wanted to reduce our one dustbin of rubbish a week to one swing bin liner. Inspired by the amazing woman, Almost Mrs Average, I was sure this would be easily achieved.

Week one went brilliantly, I set up a recycling system that really does work for us, meticulously separated everything, went through the bin like the police after anyone had added anything, and at the end of the week we did indeed have just one swing bin liner full of rubbish.

Week two I thought I would look at the things we were throwing away to see where we could make better choices. For instance, could I start taking a reusable plastic container to the butchers instead of having things put into a use-once plastic bag? Could I make yogurt instead of buying it in containers that can’t be recycled? (there are only so many washed out yogurt pots one can find use for). I had good intentions and all my own answers but……….

Weeks three and four have been RUBBISH! We’re back up to a dustbin full a week and I don’t know where it’s gone wrong. Well, actually I do – it’s nothing more than laziness. I keep getting sucked into my old habits of looking for ‘convenience’ in everything, I’ve 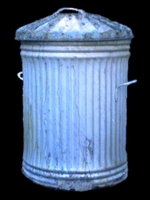 been tired, been busy and geesh, this is just so embarrassing, but I’m simply thrown things away and made bad choices.

it’s so easy isn’t it? That big lorry comes along every week and take my rubbish to that place called ‘away’ that we all know doesn’t exist but we adopt an attitude of ‘out of sight out of mind’. I kind of wish I had the courage to do as Almost Mrs Average did and go and visit our landfill site because I’m sure that experience would bring about a radical lifestyle shift for me.

We have stacks of recycling; nothing is going into the bin that can’t be recycled (I think), but I’m not going through it, checking to see what Mr Green is putting in there or paying much attention to it to be honest. And I do know that I’ve been putting kitchen peelings in there <hangs head in shame>.

Yep, that old lazy excuse again; the weather has been crappy, the ground is like a bog in our garden and I’m just not making the effort to take my scraps to the compost heap – groan.

I feel like Mrs Not very Green at the moment.

More on my other challenges before the month is out……..