4 ways you can help those affected by the oil spill 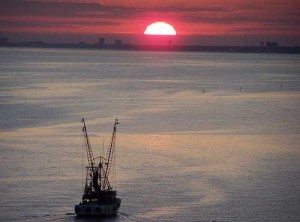 I just had an email from the lovely Midori at The Nature Conservancy telling me about a very special TV programme tomorrow night.

Over on CNN at 8pm ET, there is a Larry King 2 Hour Gulf Coast Relief Live Telethon to help The Nature Conservancy raise funds to help restore the Gulf Coast.

The Nature Conservancy has launched the Fund for Gulf Coast Restoration to expand their work in the long term recovery of the Gulf of Mexico and key surrounding states.

Money raised from this fund will help scientists and staff devote their energies and expertise to aiding in the recovery of critical ecosystems. For example, the future of oyster beds, marshlands and estuaries is now at stake.

Midori shares 4 ways you can help those affected by the oil spill:

RSVP to their facebook event and encourage friends to tune in.

Your donations will help the Nature Conservancy assess, protect and lead long term restoration efforts along the gulf of Mexico and surrounding areas.

Remember to tune in tomorrow night for the Gulf Coast Relief Live Telethon!