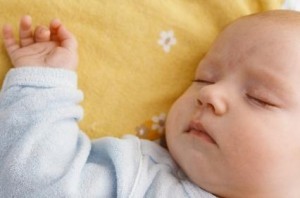 Colic affects up to one in five of babies and is characterised by daily bouts of inconsolable crying, usually at around the same time, commonly early evening.

The baby’s legs are drawn up to the abdomen, they appear to be in severe pain, their stomach may rumble loudly and they may also pass considerable amounts of wind. This usually begins within around 3 weeks of the baby’s birth, and the attacks last for between 2 and 4 hours at a time.

Research suggests that about half of affected babies have grown out of colic by the time they are two months old, 85% by three months and 15% have no further episodes after four months.

There are still disagreements amongst the medical profession as to whether colic exists in its own right as a real disorder.

Some paediatricians suggest the problem is caused because tired babies naturally have crying fits in the evening and it is the quantity of air they may gulp as they cry which is responsible for any ensuing discomfort, bloating and wind.
Others suggest that colic is produced by un-coordinated contractions of the young baby’s intestines which may be too immature to contract smoothly and efficiently.[amazon-product align=”right” small=”1″]0345490681[/amazon-product]

If the baby is breastfed, foods containing caffeine, strong spices, and gas producing vegetables such as broccoli, cabbage and cauliflower may cause problems. Intolerances to formula milks can likewise present symptoms.

Sears cites research that the potential allergen betalactoglobin in cows milk is definitely transferred to baby’s via breast milk. Studies eliminating all dairy products from the diets of breastfeeding women with colicky babies have had mixed results. Sometimes colic is caused by acid reflux, in which irritating stomach acids pass back up the baby’s oesophagus after feeding, causing discomfort similar to heartburn for adults. This may be suspected if the baby feels far better when upright after a meal and worse when lying down.

In growing children, colic may be bought on by fear of oncoming event or some sort of trauma – in some cases, going to school itself can cause an attack.

Colic can affect adults in a similar way – they are usually less affected by colic than children, but when they are the intermittent pain comes and goes like a fist being clenched and unclenched in the abdomen, and can make them double up in agony. The pain may also occur when an organ such as the bile duct or intestine contracts and becomes inflamed when trying to expel poisoned food, or to pass an obstruction such as gallstones.

Herbal teas made from chamomile, dill, fennel or catmint after feeding for the baby may be helpful. Alternatively offer a teaspoon of warm herbal tea every hour. If the mother is breastfeeding, she could drink a cupful 30-45 minutes before each feed. Adult colic sufferers should drink a cup full of the infusion three times a day or try mixing a teaspoon each of fennel seed, aniseed and caraway seed in a cup of boiling water; cover the cup and infuse for ten minutes then strain and drink while the tea is still hot.

Rescue remedy for the distress that some baby’s (and their parents) suffer. Both of you can take it (diluted in a bottle of boiled, cooled water, or applied to the breast if you are breastfeeding prior to a feed or dabbed onto baby’s forehead, fontanelle, temples and wrists.) or you can rub rescue cream into your baby’s abdomen.

Mag.phos is indicated if the child draws up the legs and has crampy and constrictive pains.
Nat.sulph is indicated in all types of queasiness.

For babies, massage the abdomen in a clockwise direction with 2 drops of fennel essential oil in 1/2 tsp carrier oil.
Adults can also try cinnamon, juniper, lavender or patchouli.

Mental irritation and impatience. Check to see if there is any annoyance in your surroundings.

I’m a huge fan of cranial osteopathy. If all else fails and your baby (and you!) are still distressed, it’s worth contacting a cranial osteopath for advise. This is particularly relevant if you had a traumatic pregnancy or birth.