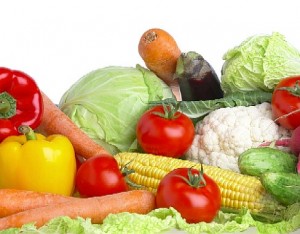 Although I’ve signed petitions against these foods, because they just feel WRONG to me; I’ve never actually looked into the UK’s policies concerning GMO food and labeling.

Small Footprints asked us to investigate whether GMOs are accepted in this country and if they are, whether they have to be labeled…

I visited two sites – the Food Standards Agency and the UK Government site.

According to the Food Standards Agency, they recognise that some people will want to CHOOSE whether or not to buy GM food; which sounds hopeful.

The Government site tells me GM crops are NOT being grown commercially in the UK, but imported GM commodities, especially soya, are being used mainly for animal feed, and in some food products. They go onto say “We’ll ensure consumers are able to exercise choice through clear GM labeling rules and the provision of suitable information, and will listen to public views about the development and use of the technology.”

The Food Standards Agency say that any food in the EU which contains genetically modified organisms (GMOs), or contains ingredients produced from GMOs must be indicated on the label.

For GM products sold ‘loose’, information must be displayed immediately next to the food to indicate that it is GM.

The most worrying thing is that products such as meat, milk and eggs from animals fed on GM animal feed DO NOT need to be labeled. I always advocate sourcing organic dairy, meat and eggs anyway, but this new information makes it even more important, in my opinion.

So here’s what is currently labeled:

And here is what is exempt from GM labeling:

If you want to avoid GM foods, then I would suggest the following:

I found something which I got very excited about – details of the four or five digit PLU code you see on fresh produce. It appeared that if the code started with an 8 it was GMO. (and 9 indicates organic) However, it seems the addition of the ‘8’ at the beginning of the code is voluntary at best, and maybe even urban legend at worst…

Ho hum; you win some, you lose some.

What about you – what’s the GM policy in your country? And do you care about GM foods or are you happy to eat them?