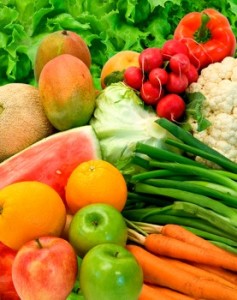 Poor Mr Green. This has been a really difficult week for him on his high raw diet. Three weeks ago, he did his usual yearly pilgrimage into the land of Green food. It’s an overnight sensation which involves meat and beer one day and a switch to high raw and water the next.

As you might recall from previous updates, he has lost a healthy 1/2 stone (7lbs) but this week things have not been good for him. He has lost no more weight, that’s not a great issue as he’s looking about right now, but it’s unusual for him.

The worst thing is he is so tired. The past two years he’s been like a toddler for energy once the diet has kicked in. Mr Green has been bouncing out of bed in the mornings – he’s a night person, so that has been very significant – and not needing much sleep at night.

This week he has woken up tired, late and by the afternoon can hardly keep awake.

By Wednesday he made the statement that he felt his body needed meat! I felt sorry for him as I could see him really battling with this decision, but we went out there and then to buy some chicken and he ate it for the following couple of days.

In addition, his eyes are dry. This seems odd as he is eating plenty of oil in the form of olives (and their oil) and seed mixes. And he has been having a little animal fat from cheese and yogurt. He feels again, that there is something in meat that his body is lacking.

By Friday, he was downing some wine with his evening meal and Saturday saw him sneak a pack of chocolate biscuits into the shopping trolley. That evening he looked at me with puppy dog eyes and muttered ‘I think I need a curry!’

So not a great week for him. Apart from adding the meat (and some chocolate biscuits; oh, and a curry!), he has stuck to the high raw component of his diet, but we might need to tweak it further next week to get his body energised again.

What about you – have you ever tried a new diet and found aspects of it that do not suit your body?